Councilmembers John D’Amico and John Heilman have asked the City of West Hollywood to develop standards for excellence in architecture and urban design. 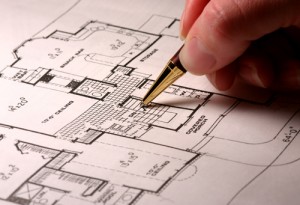 “There will always be debate about development; however there is a general consensus that any development which occurs in West Hollywood should meet the highest standards of architecture and design,” the council members said in a memo outlining their proposal. “While some communities such as Santa Barbara dictate a particular architectural style, West Hollywood has always been known for its eclectic mix of architectural designs and styles.

“Despite the city’s commitment to architectural diversity and architectural excellence, developers of projects sometimes spend significant amounts of time and money on designs that are not strong architecturally. This is frustrating for the property owner who may have spent considerable amounts of effort on a design that is not acceptable to the city. In addition, this can be frustrating for the staff and the community because of the time and energy required to get an acceptable design.

“Design guidelines are a standard tool used by cities to clarify the community’s vision for future development. Policy language that clarifies how important excellence in design is to the city can set all projects on a course for design excellence.”

In a proposal adopted by the City Council tonight, D’Amico and Heilman also suggested that the city consider establishing a “Resource Center for Architectural Excellence” in the lobby of the Community Development Department at City Hall. That center would provide examples of award-winning buildings in West Hollywood and information about architectural schools and organizations that promote high-quality architecture and design.

So, history bears witness to the fact that so-called ‘design excellence committees’ ALWAYS make matters worse on several fronts. First, they almost always end up homogenizing otherwise daring and breakthrough designs. One need only look as far as Portland, where Michael Graves was commissioned to design the State’s new office building. It was his first large scale public commission, and would have introduced the concept of Post Modernism at its extreme to the world. Well, every time their ‘excellence committee’ convened to review its design, the committee members, some of whom were rivals of Mr. Graves, would find yet another… Read more »

West Hollywood is an environment that always seems poised to generate some “excellent design”. Yet the past thirty years suggests the “creative city” has had difficulty engendering the critical mass that produces creative design. This despite the liberal attitudes of regulating bodies promoting “excellent design”, it doesn’t seem to be sufficient. There are urban planning mis-steps in this city. Forgettable commercial architecture abound. The institutional architecture is problematic. Sometimes it’s merely a property owner down the path of least resistance. It’s hard to create cultural awareness of excellent design without some examples at hand. There needs to be serious discussion… Read more »

mike, Did you read the full LA Times review of the library? If you didn’t, I wanted to make sure that you saw this. Critic Hawthorne writes, “The act of lifting the library into the air produces the design’s lone awkward moments: the fact that its main entrance is largely invisible from the sidewalk out front, and that cars heading for the garage will have to share space with pedestrians using the building at ground level. (The architects decided the connection to the park was paramount.) But the gesture does manage to give the building some civic and architectural heft,… Read more »

Many complain about mega mansions being built on lots that are to small. The same is true when one looks at West Hollywood Park and the little space available for various activities. The library/parking structure is just to big and out of scale when considering the size of the park. Now more concrete is to be laid to add to this fiasco taking up the much needed green space that is sorely needed. If they had built the library at street level with parking underground I’m sure it would have won awards. Yes, there would be no Grand Staircase but… Read more »

In his 2011 LA Times architecture review, Christopher Hawthorne called the West Hollywood Library “one of the seven or eight most impressive pieces of public architecture to open in Southern California in a decade.” mike dunn’s comment indicates that what ultimately constitutes “architectural excellence” in the eyes of the Council will nevertheless be an object of scorn for many. Is this a fool’s errand? Perhaps. Here is the full LA Times review:
http://articles.latimes.com/2011/sep/28/entertainment/la-et-weho-library-review-20110928

I agree with Brian, but I would like to see some attempt at continuity. If it had been left up to me I would have called for more art deco elements, which used to be quite common in WeHo, which distinguished us from everybody else. Just sayin’.

I’m not sure how this would work but I’m glad our council members are cooperating.

Umm, Mike, the library is an acclaimed building –
http://www.weho.org/Home/Components/News/News/1954/23?seldept=43&arch=1

Chris,
it’s out of scale with the size of the park. Not even the Greek Theater and the Observatory in Griffith Park stand out like a sore thumb in all the vast acreage they sit on like this over sized endeavor to be all things to all people, The vastness of the project should had been primarily placed underground.

Take a good look at that monstrosity library/parking structure sitting in West Hollywood Park. Much of it should have been built underground instead of attempting to rival that Red piece of s*** at the PDC. There is nothing that big even in Griffith Park where it would seem over whelming there as well.

Oh, just great. Now the architecture police. Design is like art. You ask 10 people what they think of it, you’ll get 10 answers. Trying to legislate design in a city that calls itself “The Creative City” is ridiculous. If the city wants to create rules for publicly funded buildings, knock yourselves out. But telling private citizens what they can and can’t do architecturally is no different intellectually than banning books. Finding a standard that everyone feels comfortable with is designing down to the least common denominator. You want to limit what can be built on a particular lot size,… Read more »