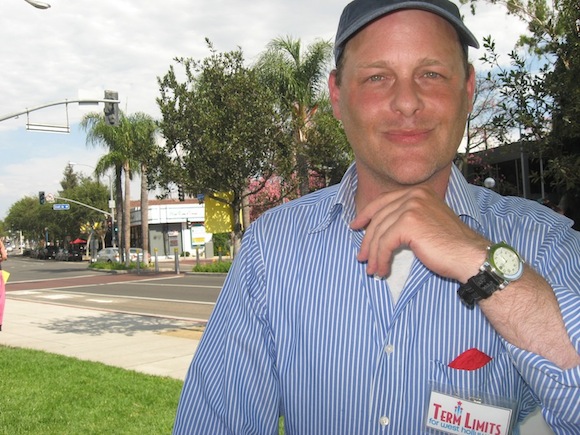 Upon first introduction, Neish, affable and chatty, jokingly remarks that he might be recognizable because he was in the movie “Zodiac.”

“I played the drag queen,” he laughs. “In the movie, they have these five informants in this montage, and I’m the blond drag queen.”

For 10 years, Neish acted and penned plays in New York City, following an education at Emerson College in Boston. One of those plays scored him a workshop at Circle Repertory Theatre, and he later became a finalist for HBO’s New Writer’s Project.

“I did better than a lot of actors who showed up in New York, but I was by no means a bankable name,” he said with a chuckle.

In 1995, the HBO project brought Neish back out west, to West Hollywood  — not far from his hometown of Pacific Grove.

Neish was thrust into local activism when the city decided to demolish the building he lived in, a 57-year-old two-story Colonial revival apartment complex on North Laurel Avenue named Carlton Manor. During his fight to save Carlton Manor, Neish was known for appearing at City Council meetings dressed as “Cookie Crawford,” his drag persona.

Neish filed suit against the City of West Hollywood in state Superior Court. He eventually settled out of court for a sum in the low six figures. Carlton Manor was demolished in 2006

“My eyes were opened,” he said.

After the lawsuit, all the taxing legal work convinced him he should become a legal secretary, which he does to this day.

“Abbe Land and Heilman would like to build this into the new Manhattan,” said Neish, referring to West Hollywood’s longest serving council members. “I lived in Manhattan for 10 years. This is not Manhattan and was never intended to be.” 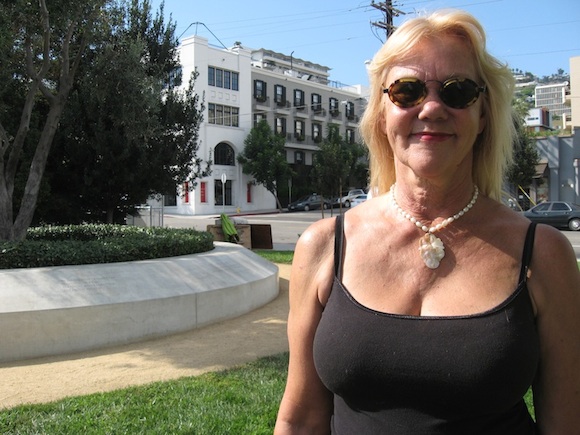 Like Neish, Allison was chasing creative dreams in La La Land until her home was threatened.

“I’ve done a little bit of everything that’s design-y and artsy,” she laughed. “I’ve done production work. I’ve read scripts. I’ve been an art director for a fashion photographer and stylist. I’ve acted.”

Nothing really stuck, she said.

Allison became a community activist in 2003 when the city accounced plans to redevelop a lot on Laurel Avenue that was home to Tara, a stately mansion that resembled the one by the same name in “Gone With The Wind.”. Allison had lived at Tara, along with a handful of other people, for more than 25 years.

Owner Elsie Weisman deeded the property to the city, with the intent that the lot be turned into a park and the house into a community center. The city, however, wanted to remove most of the trees and tropical shrubs on the property to make room for affordable housing for senior citizens.

Allison made it her mission to stop it. Eventually the California Supreme Court ruled that city officials had failed to follow proper procedures when evaluating the project’s effect on the environment.

The attorney who represented Allison and the opponents, said at the time “it is a landmark decision that’s a lot bigger than West Hollywood.”

“At one point, we had thousands of people involved, but 50 people hung in for seven years,” Allison said.

William Neish joined the effort two years in, and was one of the ones that hung on.

In addition to  the fight to “Save Tara,” Allison worked on three local elections. 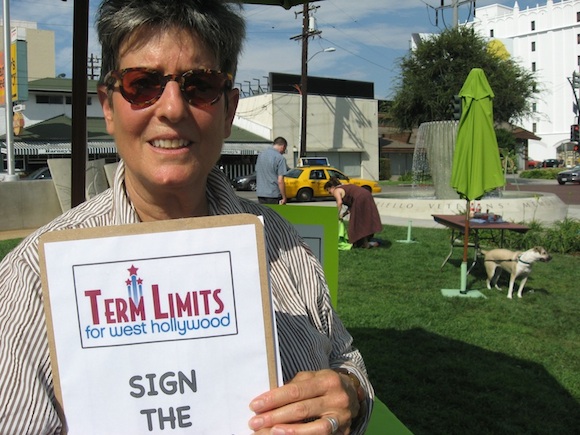 Like many of the other key West Hollywood Term Limit volunteers, Blaivas became an activist after a place she loved was threatened.

If City Hall proceeds with its plans, Plummer Park, a five-acre urban refuge on the east end of West Hollywood, will undergo a major renovation over the next two years, including the bulldozing of the Great Hall-Long Hall building to make way for an underground parking garage.

In an effort to halt the renovation, Blaivas, a photographer, co-organized the Protect Plummer Park group. She has been a regular presence at City Council meetings, putting pressure on council members to halt the project.

Currently, the group’s Change.org petition has garnered more than 1,200 supporters. 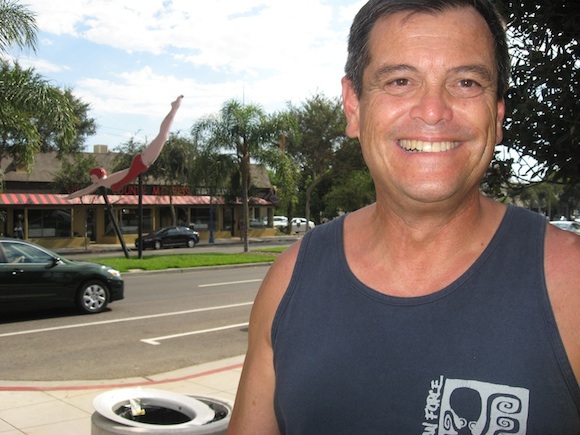 Never one to shy away from controversy, he has been deeply involved in city politics since West Hollywood was incorporated in 1984.

Martin also doesn’t shy away from the media. He’s written a column for Weho News for a number of years and currently is an active blogger for West Hollywood Patch.

To get an idea of his firebrand approach, read his “Romper Room” piece here.

Martin was a West Hollywood City Council member from 1994 to 2003. He was defeated in 2003 by council member Abbe Land, who had been on the council since its inception except for a six-year break starting in 1997. He has run unsuccessfully for re-election a couple times since. Martin is one of only two incumbent council members to ever be defeated in a city where incumbency all but guarantees re-election. (The other was Lindsey Horvath, who was named to fill the seat of former council member Sal Guarriello, who died in April 2009).

Martin was part of the grassroots campaign in 1984 to first incorporate the city, and has served on the Santa Monica Boulevard Re-Design Committee and city Budget Committee.