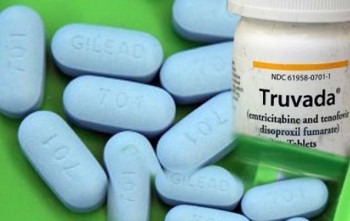 In a recent commentary, Steve Martin attacked City Councilman John Duran for “encouraging unprotected sex” simply because Duran spoke about the promise of treatment as prevention. It seems clear from Martin’s attack that he doesn’t understand the basic science of HIV and is more interested in hurling ridiculous accusations than getting the facts straight.

Let’s be very clear, treatment as prevention is real. It’s not a new or radical concept. In fact, it was hailed as one of the top 10 medical breakthroughs of 2011 by Time Magazine. We are now approaching 2013.

This is good news. It’s not something that should, “resonate with people in a very unsettling way,” as Martin contends. Treatment as prevention is a strategy supported by the Centers for Disease Control (CDC), National Institutes for Health (NIH), and every major AIDS organization around the globe. Just this past summer the Washington Post headlines read, “Shift in Strategy To Treatment As Prevention for HIV/AIDS.”

The CDC even provides a handy chart of HIV risk transmission that states: “taking antiretroviral therapy (i.e., medicines for HIV infection) can reduce the risk of an HIV-infected person transmitting the infection to another by as much as 96 percent. Consistent use of condoms reduces the risk of getting or transmitting HIV by about 80 percent.”

John Duran didn’t encourage people to engage in unsafe sex, and for Martin to distort the message of treatment as prevention that way is irresponsible and dangerous.

Martin is clearly uninformed and out of touch on the recent advancements in HIV. There is very little excuse for such ignorance for someone who wants to hold public office. West Hollywood has a wonderful, state-of-the-art library where Mr. Martin could have done some research, and if that proved too much for him he could have done a 30-second Google search.

Martin couldn’t even get the basic facts of the so-called Berlin patient right. The Berlin patient is named Timothy Brown and he isn’t “over in Europe somewhere.” He lives in San Francisco. In fact, Mr. Brown will be in West Hollywood next month to talk about cure research.

Also, there have been numerous debates about the human right concerns around treatment as prevention and about reminding people that the primary function of treatment is to improve the health outcomes for people living with HIV. Martin would know all of this if he kept informed on current HIV developments but it seems he is out of touch.

Martin stated that, “The message that treatment equals prevention means that you don’t have to take responsibility for your own behavior.” This claim is dangerous and is an insult to all of us on treatment and to all of us working to end the epidemic. Choosing to go on treatment is a clear demonstration of personal responsibility and for Martin to twist that message into something else only sets back the work that the rest of us are doing.

If Martin made these claims out of ignorance then it is simply embarrassing. If he did it in an attempt to score political points at the expense of those living with and at risk for HIV, then that is utterly despicable.

The fight against HIV is challenging enough as it is without distortions and misinformation. Steve Martin owes an apology to John Duran and all of us working to treat and prevent HIV.

“In January 2008, an important and prestigious panel of experts from the Swiss Federal Commission for HIV/AIDS boldly produced the first-ever consensus statement saying that HIV-positive individuals on effective antiretroviral therapy and without sexually transmitted infections (STIs) are sexually non-infectious. This opinion was also published in the Bulletin of Swiss Medicine (Bulletin des médecins suisses). Hotly discussed at the International AIDS conference in Mexico City this summer, it was soon followed by a rejection statement by a joint Australasian group of experts.”

How did we end up with liberals in DC and conservatives in 90069 of all places? In which portion of the late-nineties, exactly, did the body snatchers eviscerate West Hollywood?