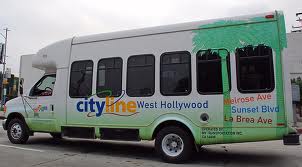 Starting in January, the two Cityline bus routes will be combined into one route. Many of the lesser-used stops will be eliminated or moved to new locations along the route.

This change to a single route will allow the wait time between buses to be reduced from 60 minutes to 30 minutes because all four of the buses would be working the same route.

At the same time, the 25-cent fare will be eliminated, thus making all Cityline buses free. That move is expected to increase ridership. City staff reported the Cityline only generates about $200 per month in revenue from the fares since the vast majority of users already ride for free thanks to their Metro TAP card.

The Council praised the simplification of the route and fee elimination, although Councilmember John Heilman suggested that the map and the arrival times should made even clearer.

“It’s essential for people to know where the stops are and when it’s coming,” said Heilman.

While the Council approved the route change, it did not approve adding service on Thursday nights for the Sunset Strip farmers market as city staff was proposing.

Mayor Pro Tem Abbe Land questioned whether January was the right time to start such service since it’s dark and colder out. She suggested waiting to initiate service to the Sunset Strip Market until the spring.

Heilman questioned whether Cityline riders were even likely to go to the Market, noting that the Market targets a different audience than that which rides Cityline. The majority of Cityline riders are seniors or people with disabilities.

Heilman suggested the Cityline buses could run to the Market just one Thursday a month or leave directly from the HUD (Housing and Urban Development)-funded senior –housing buildings.