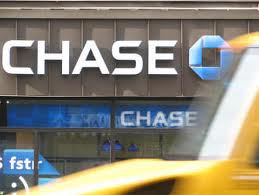 The West Hollywood City Council voted unanimously to limit the number of banks on the Sunset Strip to six at its Monday night meeting.

There are currently seven banks on Sunset Boulevard between the city’s western border with Beverly Hills and Horn Street, with another one due to open soon in the old Tower Video location. Those eight banks would be grandfathered in under the ordinance, but no new banks would be allowed to open in the area until others closed.

Council members said the city needed to restrict the number of banks because it wants to create an active, pedestrian-friendly street filled with restaurants, clubs and shops (which generate sales-tax revenue). Because banks (which don’t generate sales tax) are closed after dark, they argued, they create dead zones that don’t encourage people to walk further down the sidewalk.

Councilmember John Duran said the cap was needed so banks don’t end up overwhelming the Strip. He likened this cap to the one the city placed on the number of medical marijuana centers a few years ago when such dispensaries threatened to proliferate throughout the city.

“If we wanted to, we could probably have banks all along that area of the Strip, but we’d lose a diversity of uses that make Sunset Sunset, whether its rock and roll facilities or restaurants or retail or anything else,” Duran said.

Duran also noted the New York City limits the number of banks along Times Square and other areas, a plan that has proven successful.

“If we don’t put a cap on, we’ll still end up with banks, maybe better designed, maybe attempting to be more pedestrian friendly,” said Land, “but I’m afraid that without a cap we’ll still have too many.”

When Councilmember John D’Amico asked how the number of six was determined, Acting Community Development Director John Keho said that number grew out of discussions about banks with the Sunset Boulevard Business Improvement District representatives.

The Council’s vote goes against the Planning Commission’s recommendation not to limit the number of banks, but instead to require 1,500 feet between banking institutions.

The Council ignored that 1,500 feet suggestion, thus allowing two or more banks to open side by side if they chose.

However, the Council did follow the Planning Commission’s idea of limiting the amount of sidewalk footage for all new banks to 25 feet. Banks would be allowed to have as much footage as desired in the rear of a building or on upper floors. But on the sidewalk, the banks would be limited to 25 feet, which is about enough room for two ATMs and a door.