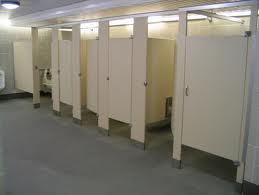 The L.A. County Sheriff’s Department, which polices West Hollywood, has changed its policy on lewd conduct in public. Under the new policy, which took effect Oct. 31, the department will emphasize prevention over suppression says Roberta Abner, chief of the department’s Leadership and Training Division.

West Hollywood Mayor Jeffrey Prang, in an interview with KPCC public radio, noted that lewd conduct arrests are “a historical issue in the LGBT community.”

“Generally, lewd conduct, by definition, involves consenting adults,” he said. But Prang complained that those arrested were treated like sexual predators. “They put them in jail and give them criminal records and make them register as sex offenders. While they may be engaged in some boorish behavior, it’s differentiated from a sexual predator.”

Abner said a better approach is to “post notices, improve the lighting, cutting back bushes and trees and making it so that people don’t have the cover of darkness.”

That is more effective Prang told KPCC. “A person gets arrested, they’re humiliated, hides, and probably won’t go back,” he said. “But all the other people who were engaged in lewd conduct in that area continue to go back.”

Prang said that West Hollywood has taken steps such as reducing the hours of public restrooms and that lewd conduct has diminished.

So what wil become of the undercover vice squads? This sounds a lot like the policy that has been in place in West Hollywood for nearly twenty years. The only thing that is not mentioned is that in West Hollywood, we had a policy were the Sheriff would do uniformed sweeps before any vice action would be commenced and only after notification of City Hall. Didn’t see a mention of uniformed policing which in every case, such as Griffith Park, has had a remarkable effect on decreasing the conduct without having to make arrests.
Steve Martin

here’s an article I wrote in 2010 on this double standard
http://westhollywood.patch.com/articles/is-there-a-double-standard-in-policing-methods