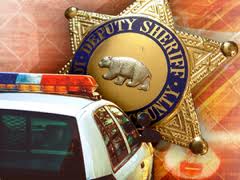 In a blog post, Jimmy Palmieri, a member of the commission who was present when Coggan spoke, reported on Coggan’s complaint:

“”He told us that there were examples such as a young non-white gay male, being handcuffed and then hit with a baton. Then clearly, one officer didn’t like what one of his detainees was wearing, and kept alluding to and asking him if he was undocumented and illegal.”

Cheryl Newman-Tarwater, operations lieutenant for the West Hollywood station, said Coggan raised concerns about nine cases. Five of those cases had already been reviewed, she said. One of those five was a case where force was used, and Coggan said an internal review by the sheriff’s department showed the force was justified. The others came in the form of complaints filed by the parties involved. Those cases also were reviewed by the sheriff department, which determined the complaints were unfounded.

“If there is someone doing something they shouldn’t or things are occurring that weren’t investigated right or weren’t ever reported, we’re going to get to the bottom of it, no matter what when where, we’re going to collect the facts to find out what happened,” she said.”

Coggan and Alan Acosta, LAGLC’s director of strategic initiatives, who oversees the center’s legal department, said they are satified with the sheriff’s department decision to refer the cases to an independent organization for review.

“Even though we did not ask for it to be reconsidered in the totality, it thoroughly begged for that response,” Coggan told WEHOville during an interview on Wednesday morning. “I’m really optimistic in terms of our working together … and trying to make West Hollywood the sort of place we all want it to be in terms of policing. It’s far from it now, from our perspective, from what we’ve been told by our clients.”

Palmieri told WEHOville that he’d been stunned by Coggan’s allegations.

“We don’t normally get this type of thing at Human Services,” he said. “We deal with reports, budgets and numbers from groups the city contracts with to provide services to residents. So, I wasn’t prepared to hear this. It was like a sucker punch. Here we are feeling safe in West Hollywood.”

Prang said West Hollywood will not tolerate deputies who are intolerant of the diverse population of the city and its many visitors. By some estimates, 40 percent of West Hollywood residents are gay men.

“Any deputy sheriff that shows even an modicum of intolerance, we’ll go right to the top to get them out of there immediately,” Prang told WEHOville, adding during his time as a city councilmember there have only been two or three deputies the city has asked to have transferred. “Nobody on the city council will allow this sort of thing to continue.”

On his blog, Palimieri cited other instances of antigay behavior by sheriff’s deputies that he had viewed on a visit to the department’s jail.

“As a side note, when I was visiting the LA County jail downtown every month, in the gay and transgender dorms, there was verbal abuse being spewed at the inmates by the guards, while I was there,” Palmieri wrote. “Words like ‘poof,’ ‘fag,’ ‘queer’ and ‘sissy.’ I thought to myself, thank the stars I live in a city where this could never happen. I GUESS I WAS WRONG. WAY WRONG.”

The county jail, cited by agencies such as the American Civil Liberties Union as one of the worst in the nation, has been the subject of numerous complaints and investigations of abuse by jailers and deputy misconduct, including one earlier this year by the FBI.

The City of West Hollywood has no direct control of the West Hollywood branch of the Los Angeles County Sheriff’s Department. It contracts with the sheriff’s department for police services, allocating $16 million for such services in this year’s budget.

By contrast, neighboring Beverly Hills, whose population is roughly equivalent to that of West Hollywood, maintains its own police force whose chief reports to the city manager.

The big question here is WHY does the West Hollywood City Council contiune to ignore what the majority of residents DEMAND…our own independent Police Dept!!!!

This issue was one of the main reason long time residents fought to found this city.

Something has to be done. This has gone on for far too long,

Get you own police deparment!!!!