The election to fill two seats on the West Hollywood City Council is 13 weeks away, and 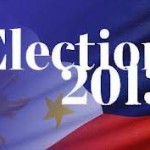 the deadline for candidates to file is a week off. But already the temperature of the campaign has reached a point more characteristic of Palm Springs in August than West Hollywood in December. Candidates are accusing one another of unethical behavior and threatening lawsuits. Some allegedly are threatening supporters of their opponents.

We at WEHOville would like to suggest the debate now shift. Instead of focusing on who is doing what to whom, we’d like to see council candidates discuss the big issues facing West Hollywood and how they would address them if in office.

Many of us know the background. West Hollywood was “conceived” 116 years ago by Moses Sheridan as a rail yard. It emerged as a city from the Los Angeles County womb in 1984, when the Coalition for Economic Survival organized senior citizens, gays and lesbians and those on fixed incomes to fight for incorporation, rent control and LGBT rights. As West Hollywood turned 28 this past Thursday, many of the goals that its founders fought for have been realized. This is one of the most, if not the most, LGBT-friendly cities in the country. The city strictly regulates rents, a matter of concern to the 80 percent of our fellow residents who are renters and some dismay to landlords.

In our view, however, West Hollywood is still an adolescent, grappling with many issues that will shape what it looks like when it becomes an adult.

We’ve listed below a few of those issues that we think our city council candidates need to address during this campaign. We invite all council candidates to respond to these issues. And we’re eager for our readers to suggest more and enter the discussion. Remember, we post all responses to comments (even from those who want to say they don’t like us!) so long as they address the subject under discussion, aren’t obscene and don’t accuse someone of illegal activity.

This is a very fraught issue, with some residents claiming the city is willing to tear down buildings that they see as an integral part of its past and important to quality of life today in favor of dense development. On the other side are those that argue that “old” doesn’t equal “important,” and that the city most strike a balance between preserving historic West Hollywood and building for the present and future. Does the city’s current process for designating cultural and historic landmarks strike the right balance? And if not, what needs to be changed?

This is another issue that, like most on the political agenda, involves development. Some residents see West Hollywood as an “urban village,” words that evoke an image of moderate density, low-scale buildings, easy walkability, and little traffic. People have moved here because of what West Hollywood is, they argue. So why change it? Others see the value of urban density — with an increase in apartment buildings meaning an increase in population and business revenues and, perhaps, a more competitive market for renters. Some also hope that increased use of mass transit and the walkability of the city will offset an increase in automobiles. Many press for construction of more parking garages, like those proposed for behind City Hall and underneath Plummer Park. City planners have devoted a lot of attention to this question and have produced some impressive reports. Now we need to know where our council candidates stand. Should we be happy with West Hollywood as it is, in terms of density and population? Or should we be pushing for growth? And if we are going to grow, what are we going to do with all those cars?

Also on the March ballot will be a proposal to limit city council members to three four-year terms. The proposal, which won’t be retroactive, is championed by residents who argue that some council incumbents, having always won their re-election races, aren’t responsive to the community. John Heilman, who has been a council member since the city’s founding, and Abbe Land, whose tenure is almost as long, are frequently cited as examples. We think the bigger issue is one of civic engagement. In 1984, 17,000 people voted in the election that gave birth to West Hollywood. Last year, only a little more than a third as many voters turned out for the municipal election. Obviously we’d like to know where the council candidates stand on the term limits issue. But we’d also like to know what they think the city can do to engage more residents in civic life. Should municipal elections be shifted to the same date as national elections, when there’s much larger turnout? Should the city sponsor a campaign on the sidewalks to register voters? There’s little incentive to increase voter turnout  for politicians who don’t want voters looking over their shoulders. But it’s the only way to guarantee the good government that West Hollywood deserves.

West Hollywood promotes itself as “The Creative City.” Urban development theorists such as Richard Florida argue that fostering a “creative class” of knowledge workers is essential to the economic health and well-being of a city. Should the City of West Hollywood invest in making the city a more attractive place for residents and businesses engaged in the knowledge economy as opposed to the service economy of restaurants, bars and hotels ? If so, what can the city do?