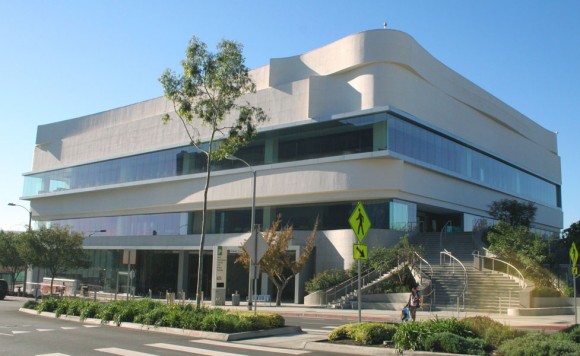 The Dec. 3 West Hollywood City Council meeting started with a generally celebratory tone, with the beginning of the session devoted to the one-year anniversary of the opening of the West Hollywood library and a report prepared by city staff evaluating its performance. The numbers are encouraging.

Circulation has nearly tripled over that of the previous library, making the year-old structure one of the top 10 busiest libraries in Los Angeles County (ranking eighth, up from 43rd). More than 11,000 new library borrowers have been added — clearly not all West Hollywood residents, but a very impressive number for a city of 35,000. Los Angeles County librarian (and one-time West Hollywood librarian) Margaret Donnellan Todd, who helped city staffers compile some of the data in the report, was in attendance and had nothing but praise to heap on the already growing pile of compliments.

At the council meeting, the 2012 City Livability Award from the US Conference of Mayors was added to the long list of awards for architecture, services and programs bestowed on the library since its opening in October 2011. The building also has won an accolade from Christopher Hawthorne, the Los Angeles Times architecture critic, who last year put it on his list of the top public buildings in LA built in the past decade.

West Hollywood had been planning and saving money for a new library since 1988 with the intent of creating more than just a building in which to store books. Then a new library, it was thought, would be a physical symbol of the city, providing proof of concept that it could function on its own—something uncertain only five years after the city’s incorporation. That goal can be seen today in the verbiage of the city staff’s report, which describes the library as having been “designed to showcase the City’s rich intellectual, literary and cultural diversity and provide a landmark facility for the community’s passionate commitment to lifelong learning.” Today it’s clear that the city can function independently, and thankfully the library has surpassed the vain aspirations voiced at its origin.

The question now is how the library can serve as more than a symbol of the city’s pertinence or a mirror of its self-image. With the iPad and Kindle, wireless Internet and Wikipedia, does the traditional idea of a library as a public storehouse of knowledge make sense? In the 25 years since 1988, the way people acquire information has changed dramatically.

On this front the West Hollywood library does not disappoint, providing access to all kinds of information (not all of which is contained in the library itself) through a variety of media. One finds books and DVDs (in English, Spanish and Russian) computer access, free wireless Internet, online ebook collections, community and city council meetings (which can be streamed online) or the CATV facilities, which produce West Hollywood public TV.

The library is an up-to-date resource that thus far seems to have paid off and will likely continue to do so. But providing some computers does not make for instant success.

Critical to the project were a variety of factors. They include smart architecture that creates connections to public space and flexible spaces that can easily keep up with future needs, thoughtful programming and community involvement in both the fundraising and planning.

Also key was the decision to incorporate elements like the city council chambers, coffee shop and extensive parking lots, each of which increase the utility of the single location and put the building far beyond the traditional definition of what a library is and what its role in the life of a city should be.

This is not at all a library in the traditional sense. It is a positive step (though by no means an end point) in the working through of what the public needs in information access and space in the 21st century and how city government can attempt to address those needs with infrastructure — specifically with architecture. The public library as an institution has historically been a great equalizer — open and free to all, rich and poor, young and old, anyone who desires information or simply a quiet space in which to read, work, and inform himself or herself—something increasingly rare in today’s world. 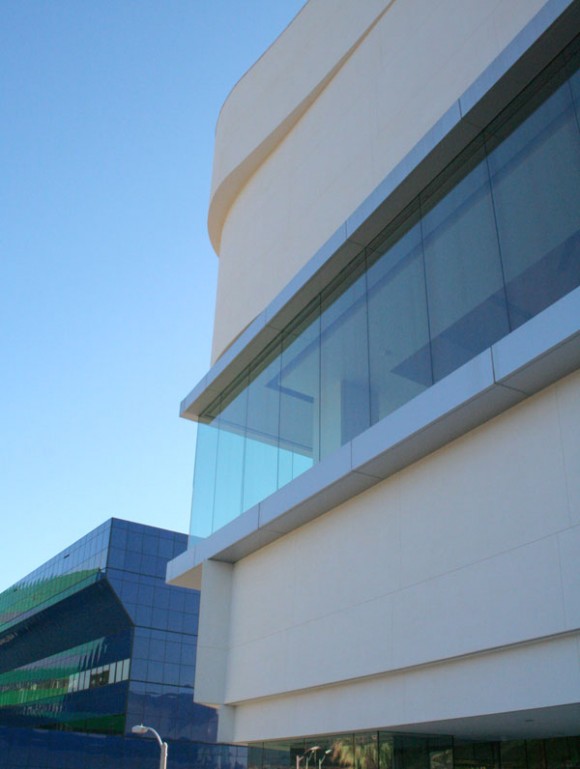 A library is more than a building full of books, it is a space loaded with socially understood etiquette and expectations — one of the few public, non-commercial spaces of this kind remaining today. Where else can one go where it is understood that you need to be quiet and where one has permission to “shush” a stranger? Yes, there is quiet in a movie theatre, but you have paid for it; a coffee shop might provide wireless Internet, but silence is definitely not on the menu; a bookstore has books, but one who lingers too long will eventually be chased out, usually with the phrase, “Hey, this isn’t a library!” The library is, to twist the words of architect Charles Moore, one of the few places left where you don’t have to pay for the public life.

Free public life being what is at stake, the public library is a space that, in today’s increasingly commodified, commercialized and privatized world, is of incredible value. So, while a year is not enough time to fully understand the way in which the West Hollywood library has, or has not produced a successful version of the library for the 21st century, it is clearly pointing in a positive direction.