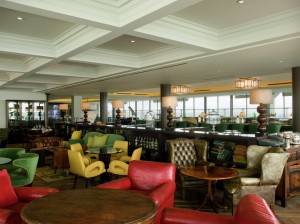 Soho House, the Sunset Strip private club that attracts the rich and famous, can stay open until 4 a.m. nightly. That’s what was decided Tuesday during the monthly West Hollywood Community Development Director’s hearing.

Soho House, which occupies the top two floors of the Luckman Plaza building at 9200 Sunset Blvd., has been closing at 2 a.m. since it opened in March 2010. Under the extended-hours plan, the upper level of the club, which includes an outdoor patio area, would continue to close at 2 a.m., but the lower level would stay open until 4 a.m. where food, but no alcohol would be served.

Five of the six people who spoke during public comment were against the plan, most of them residents living near the club who complained of late-night noise, off-hour deliveries, and paparazzi standing in their yards trying to get shots of celebrities and of limousines blocking their driveways.

“4 a.m. seems preposterous when I have a 4-month-old girl sleeping within 50 feet of that noise,” said one Beverly Hills resident who lives on adjacent Cynthia Street.

Soho House general manager Shelley Armistead said all the noise complaints have been related to the upper level of the club. She said the extended hours would help stagger exits from the garage so there would less of a mass exodus at 2 a.m., thereby creating less of a disturbance to neighbors.

Interim Community Development Director John Keho approved the 4 a.m. request, saying there are no operational windows on the lower level, so no noise should be heard by neighbors. He added the condition that no after-hours deliveries could be made and that all cars/limousines must park within the building’s 700-space garage or leave the area.

The public has 10 days to appeal the decision before it takes effect.