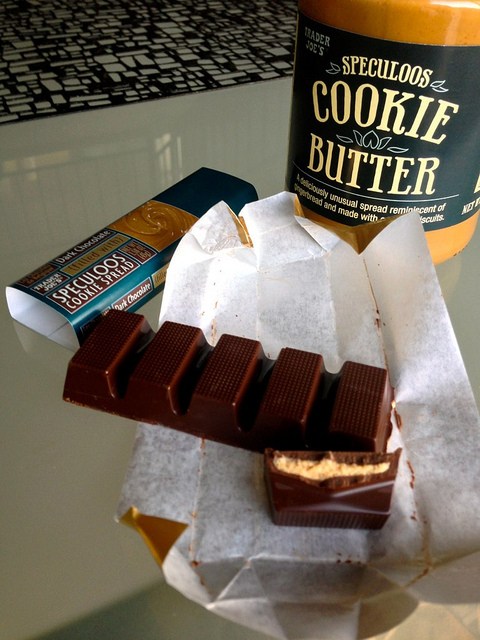 If WeHo and the surrounding area had an official grocer, it would certainly be Trader Joe’s. T.J.’s almost rivals Starbucks in its ubiquity. Consider there are two WeHo locations, one just northeast of the city along Sunset Boulevard, and two more within a mile of the boundaries.

In fact, it’s my go-to for small-talk: asking someone what they like at T.J.’s. Everyone has a suggested product.

Since December is the socializing season, T.J.’s has been in the conversation a whole lot lately. One more reason I’m going to share with you one of my favorite products. 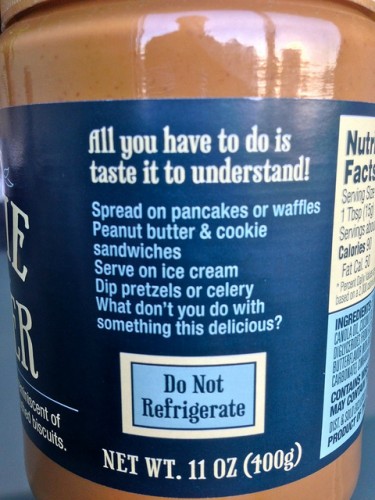 Cookie butter is a paste the consistency of peanut butter, and is used to make speculoos cookies. Speculoos are a spiced cookie (similar to a ginger snap) popular in Belgium, the Netherlands and Northern France. They are traditionally served during the holiday season, and their spices (cinnamon, ginger, cloves, cardamom and nutmeg) will definitely remind you of the holidays, but they are becoming more and more popular year-round.

In fact, speculoos were a big U.S. trend in 2012. Bon Appétit magazine devoted the entire cover of its December issue to the little cookies.

In 2007, cookie butter was created in Europe, combining crushed speculoos with vegetable oils to form a spreadable treat.

Recently, it became available in the U.S. Trader Joe’s carries its own variety. Think of it as a variant of Nutella, that Italian chocolate-hazelnut paste that everyone loves.

Cookie butter is, in a word, delicious. Its texture is smooth with just a hint of crunch from the crushed cookies. The spices balance the sweetness perfectly.

But what do you do with it? The label suggest it be served with waffles or pancakes, be used to make a “peanut butter and cookie sandwich,” as an ice cream topping, or a dip for pretzels or celery. All good ideas, but this stuff is worth having straight from the jar. At least that’s how I eat it 99 percent of the time.

Of course, as a baker, I have grand intentions of someday finding out how well it bakes — cookie butter cookies sound awesome, and I bet that a bit of it mixed into a basic muffin batter would yield a great muffin. But it’s also difficult to imagine improving on the product in any way.

Guess where they keep it? Right next to the register, for a perfect impulse purchase.