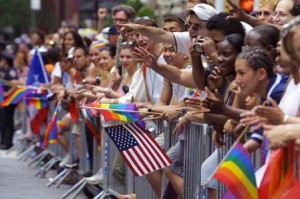 Philanthropedia, an organization that rates charities according to the quality of their work, has included the West Hollywood-based Trevor Project and the Los Angeles-based Williams Institute and Gay and Lesbian Alliance Against Defamation on a list of 19 LGBT non-profit organizations that it ranks as “outstanding.”

Its top-ranked LGBT organization is Lambda Legal, a New York City-based organization that describes itself as “a national civil rights organization that works to bring about LGBT equality through litigation-based advocacy.” Philanthropedia reports Lambda’s total annual revenue as $11.9 million with an overhead of 33 percent of that.

Second ranked is the American Civil Liberties Union, also based in New York City, with total revenue reported as $30.1 million. No overhead ratio is given.

Number three is the Gay Lesbian Straight Education Network, a New York-based organization that works to foster acceptance of students of different sexual orientations in schools. It’s reported budget is $5.7 million, with an overhead of 22 percent.

The Williams Institute, a think tank at the UCLA School of Law, is ranked 10th. Williams says it is “dedicated to conducting rigorous, independent research on sexual orientation and gender identity law and public policy.” Philanthropedia doesn’t state revenue for Williams, but notes that founder Charles “Chuck” Williams has donated $13 million to fund it over the past decade.

The Trevor Project, whose CEO is West Hollywood City Councilmember Abbe Land, is ranked 15th, with revenue of $4.1 million and an overhead of 19 percent. The Trevor Project describes its mission as working “to decrease LGBT youth suicides through a combination of direct service and public education.”

GLAAD is ranked 17th by Philanthropedia. which reports its revenue as $6.6 million and its overhead as 28 percent. GLAAD describes its mission as working “to ensure positive media portrayal of the LGBT community.”

Philanthropedia doesn’t rank, but its evaluators do offer assessments, of a number of other LGBT organizations. It notes the areas in which they have influence, their organizational strengths and areas needing improvement. It describes Equality California, which is San Francisco-based but whose new executive director, John O’Connor, lives in West Hollywood, as needing new leadership, which O’Connor’s appointment is meant to address. It also says the organization, which describes itself as an advocate for LGBT acceptance, takes more credit for various achievements in California than is warranted. Its generally positive assessment of the June L. Mazer Lesbian Archives, based in West Hollywood, notes that the organization needs to improve its fund raising ability. It suggests the Point Foundation, based in Los Angeles and dedicated to helping LGBT young people enter and graduate from college, reduce its fundraising and administrative costs to provide more help to students.