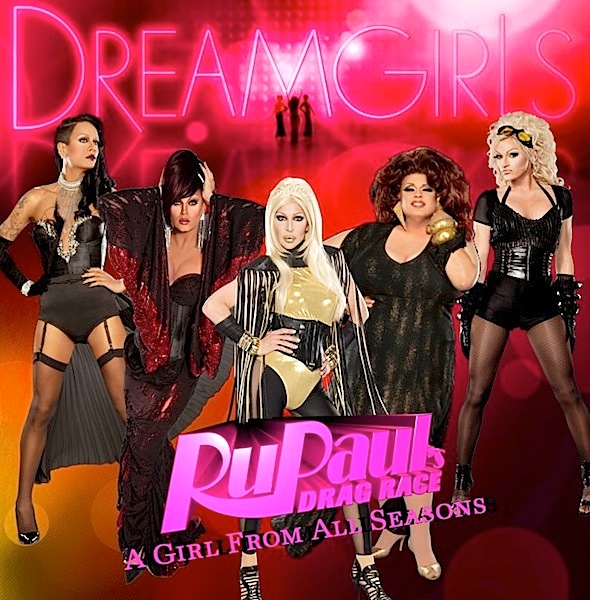 While he began his career as a celebrity impersonator, particularly gaining fame with his Cher impression, it was his rise to fame on “RuPaul’s Drag Race Season 4” that gave Michaels his own identity in pop culture. A seasoned and polished diva within the drag community, it was ultimately the Los Angeles native’s too-perfect persona that caused his demise in the competition, losing the crown to underdog and cult-favorite Sharon Needles. Never one to back down, Chad returned and showed more spunk and emotion in “RuPaul’s Drag Race: All-Stars,” on which he was victorious.

Michaels has been able to show his range at various drag shows in Los Angeles (including DreamGirls Revue at Rage, which he produces) and on Drag Race. He performs under his given name.

However, as he told Yahoo Voices, “I am first and foremost a Cher impersonator. Cher’s style, irreverent attitude, one of a kind voice, unique beauty, and charitable endeavors have all made a big impression on me. I have always done my best to be the best Cher I can be!”

As highlighted on Drag Race, Michaels has had a rocky family history, particularly with his father. On the show, his dad  sent him a “video postcard.” In it, he apologized for not speaking to Michaels for 25 years, and expressed an interest in reconnecting.

How He Got started:

As an impersonator, Michaels has traveled around the world, but the fierce 40-something made his mark in West Hollywood producing its most popular crossdresser spectacle at Rage nightclub. DreamGirls Revue has been around for nearly three decades.

DreamGirls at Rage draws the best and brightest of the drag queen glitterati, including past winners Raja Gemini and Sharon Needles, to name a few. A regular pit stop on the RuPaul’s Drag Race tours, it is the destination for the best dressed and tressed drag entertainers of all varieties, not only in WeHo but in all of California, and maybe the entire U.S. The RuPaul connection took it to another level and now that its producer won the most coveted title yet, the show is solidified as a must-go attraction in the city.

More of a self-promoter than a party promoter, Michaels deserves to be on this list nonetheless. His success and his work with DreamGirls has taken drag to new heights that go way beyond West Hollywood. He recently had a burger named after him at drag fave Hamburger Mary’s.

“I’m hoping that we’re becoming more of a group within the gay community that the rest can look at and hopefully learn something from — but also accept, and possibly admire,” he said.