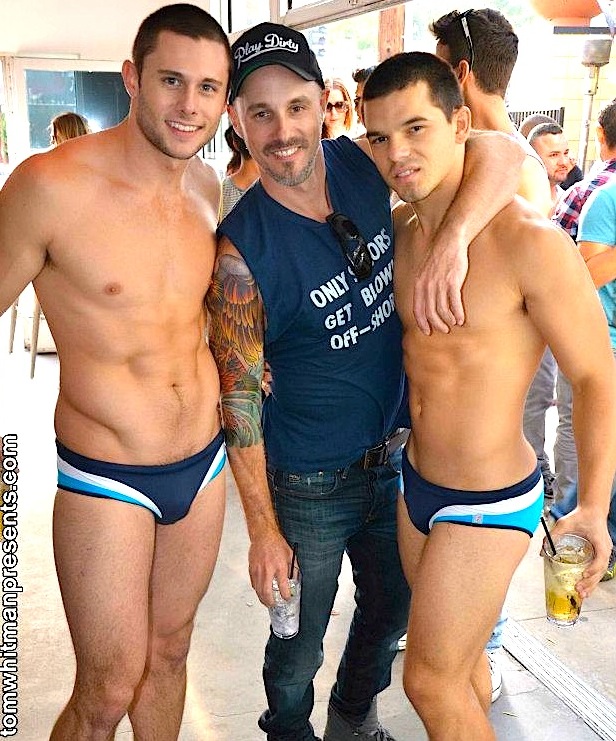 A favorite on the circuit scene, Whitman took his experience as a producer and director for television and transferred it to event production. Whitman has produced countless events, including Wonderland (billed as the West Coast’s largest Pride event) at Paramount Studios, the all-male burlesque revue, Lucky Devil’s Burlesque, and many more. On his first date ever with a guy, Whitman went to the original Revolver and now, coming full circle, he throws one of the club’s most popular parties.

Party promoting leaves him little free time, but when he does, he says, he’s “probably not how people picture a ‘promoter.’” Travel is his passion, and he recently launched a new company with three partners, called ALT Travel. “It’s a luxury and adventure travel company focused on the gay and lesbian market,” he said.

“A promoter is really a combination of producer and marketer,” Whitman said. “An opportunity landed in my lap years ago when a venue asked me to produce a night. I declined, but they pursued me for almost a year. I was on hiatus from a show, and I did my first ‘nightlife’ event on a lark. It was wildly successful, so within six months, I opened an office, hired staff and launched Tom Whitman Presents. I knew the production side, and then I learned the marketing side, which I now love as well.”

Tweaking the somewhat sexist undercurrent in James Bond flicks, Secret Service is a sort-of homo-homage to 007, spies and double agents. The bartenders start off in tuxes and bow ties (and work their way down to less). There’s a roulette table in the back where cocktails are won every night, and with them queer affections, if only for the evening. While Service proves Whitman an enduring player on the newbie nightcrawler scene, his long-running Size Sundays, now in its 10th year at Here Lounge, is an institution and it’s still going strong. It’s been the gold standard for what to do on Santa Monica Blvd Sundays, with top DJs (local and national), personal pitchers (pint-sized glasses for every drink), the fittest, foxiest dancers, friendly staff, and beer pong.

At Secret Service, he “wanted a night with a fun theme that wasn’t overwhelming, and hadn’t been done to death. The guys are all packing … you interpret that however you want),” he said.

Relationships can be difficult, Whitman said.

“Yeah, there are some funny assumptions when people have met me superficially because of my job – like I’m not the ‘boyfriend type of guy’ (I totally am) or when I’m single that I have dates every night (I don’t),” Whitman said.

“The Weho scene is always changing slightly,” said Whitman, who currently lives in Silver Lake. “Big clubs versus little bars. Circuit versus pop versus underground. Everything I say would be a cliché, but some things don’t change – guys want a physical space to hang out with their friends, feel comfortable, and maybe find a cute boy. It’s not brain surgery. No one really wants a velvet rope (unless you’re 24 from the Midwest, you just moved to LA and you still think that’s cool) and everyone wants friendly people.”