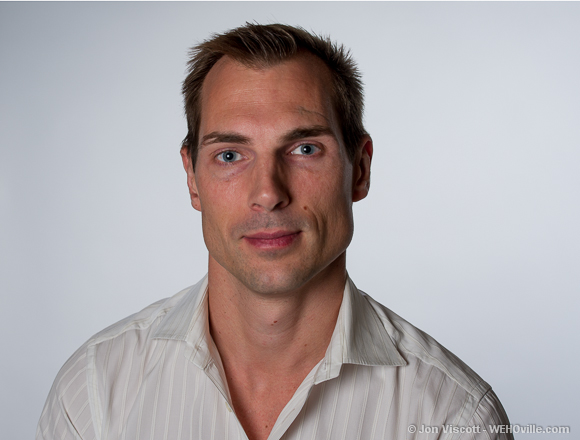 After traveling the world from ages 17 to 21 as a fashion model, Tristan Schukraft returned to his hometown of Agoura Hills to become the founder of ID90 Technologies, Inc., a 10-year-old company specializing in airline reservation and ticketing technology.

Schukraft moved to West Hollywood two years ago. “All my friends are in West Hollywood, so I ended up moving here,” said Schukraft, 33. “I pay more for rent here than I do for the mortgage on my house in the Valley, but this is where I want to be. I sold my car and now walk everywhere. West Hollywood’s one of the only places you can do that in LA.”

Answer: West Hollywood’s rich history is one of the things that drew me here. Its historic landmarks drive tourism, film and more importantly makes West Hollywood an inviting place to live and creates a sense of community pride. I’m satisfied with the current approach the city is taking, but I recognize that with each building and/or district under review there may be a difference of opinion within the community, and each opinion must be heard with an eye to what is best for the people of West Hollywood. I’m in full support of saving properties of recognized historic significance.

Answer: I live at the Hancock Lofts, in the heart of West Hollywood, so I exemplify that image of “urban village living.” I walk everywhere I go because everything I need is within walking distance. In fact, I sold my car when I moved here because I simply wasn’t using it. I can walk to the gym, banks, grocery stores, restaurants and the best nightlife. If I need a car, I utilize Zip Cars or hire a taxi. Projects like the Hancock Lofts or the new Walgreens coming to Santa Monica Boulevard may bring new people to our community, but at the same time they will reduce the community’s reliance on cars to run an errand and will reduce the need for parking in the local area as these structures include additional parking.

I don’t think we should be pushing for growth nor should we be slowing growth. We should encourage companies and individuals that want to invest in our community to choose West Hollywood. The Walgreens project will bring new apartments, retail opportunities and parking to a property that is now an eye-sore, and with this comes a more competitive rental market and increased tax revenue to the city. I also think there are interesting opportunities with micro-units that will create affordable housing and will help protect the diversity of community.

With regards to parking, I believe there are various ways we can improve parking availability throughout the city without the need for additional parking structures. Introducing angled parking on wider streets, painting “slots” on the streets, enforcing meters and offering 2-hour free parking in the city’s structures will help address parking demand and reduce traffic.

Given our geographic location, traffic will unfortunately always be an issue, but increasing “walkability” is key. If it’s easier to walk somewhere and/or if we can introduce simple easy-to-use and attractive public transportation people will respond.

For example, I’d like to see a nightly shuttle that runs a continuous loop along Santa Monica Boulevard and the Sunset Strip. Having a shuttle service tailored to the needs of party-goers will reduce the need for parking in congested nightlife areas, reduce the incidences of drunk driving, support businesses along the route and make West Hollywood a more tourist-friendly destination.

A certain percentage of the traffic we experience in West Hollywood comes from commuters passing through our city, but I still feel there are ways we can reduce the congestion. We need to analyze the benefits of eliminating merging lanes, left-hand turns, increasing the length of turning lanes, and adjusting the timing of traffic lights, and other possibilities.

Answer: Today’s city council, which is pretty much the same city council since the city’s inception, has created an entrenched political establishment that makes it nearly impossible for worthy challenging candidates to win and bring new ideas to the city. What’s even worse is the city council controls who sits on the city’s commissions and advisory groups, and they make no effort to involve the community.

Instead of engaging the residents of West Hollywood, the city council has done the opposite as evident by the declining voter turnout. Nowhere do you see the city promoting the upcoming city council elections.

I’m fine with having the city elections when they are, but the city should definitely be rallying the community to come out and vote. People vote when they feel their vote counts.

I want to utilize technology to bring people and their ideas together.

For example we should offer a phone app that allows businesses and residents to see the issues and then allows them to vote. More importantly, the app would show users how each council member votes. There needs to be transparency within the city council and people should be able to participate without having to go to city council meetings. There are so many little things we can do immediately to improve quality of life here in West Hollywood, and many of these ideas come from the residents and businesses.

Answer: I think the city of West Hollywood should focus on making the city an attractive place to live for everyone who calls West Hollywood home.  Offering a clean, safe and walkable city will automatically foster a “creative class.” Given its history, West Hollywood will always be a destination for those seeking nightlife, and the city reaps significant tax revenue and should capitalize on this.

I feel we can support our local businesses, while respecting the needs of its residents.  While night-life is a major part of West Hollywood’s landscape, it’s not the only thing West Hollywood has to offer.