Pulling off leggings and low-heeled boots can be tricky, but these fresh-faced beauties — spotted along Sunset Boulevard, Melrose Avenue and Robertson Boulevard — mastered the look. The key? Long, lean legs. 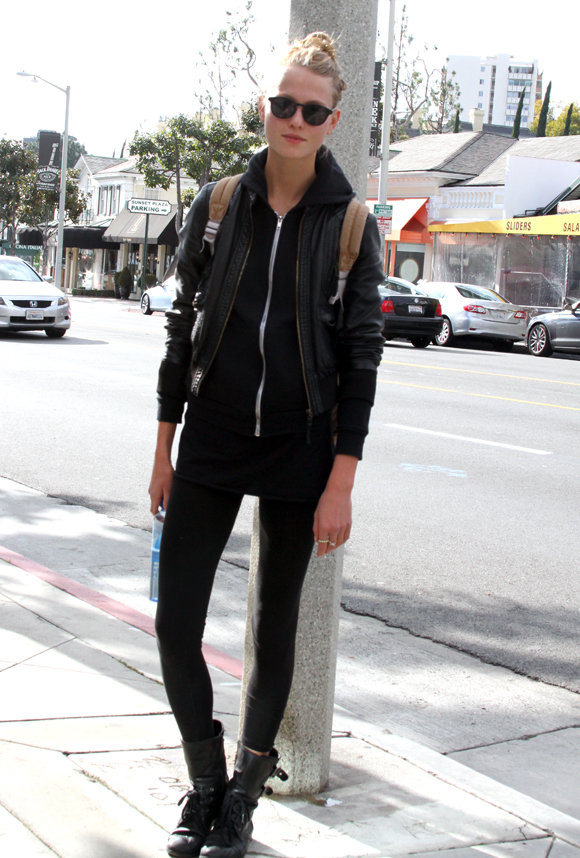 We ran into Basamanowicz, 23, outside Equinox West Hollywood. Originally from St. Louis, Mo., she lives in New York City. But like many models we run into here, she was in West Hollywood for a photo shoot. Here, her svelte physique — which she has attributed to power vinyasa yoga — is covered with American Apparel, except for her Paper Doll jacket and Steven by Steve Madden boots. 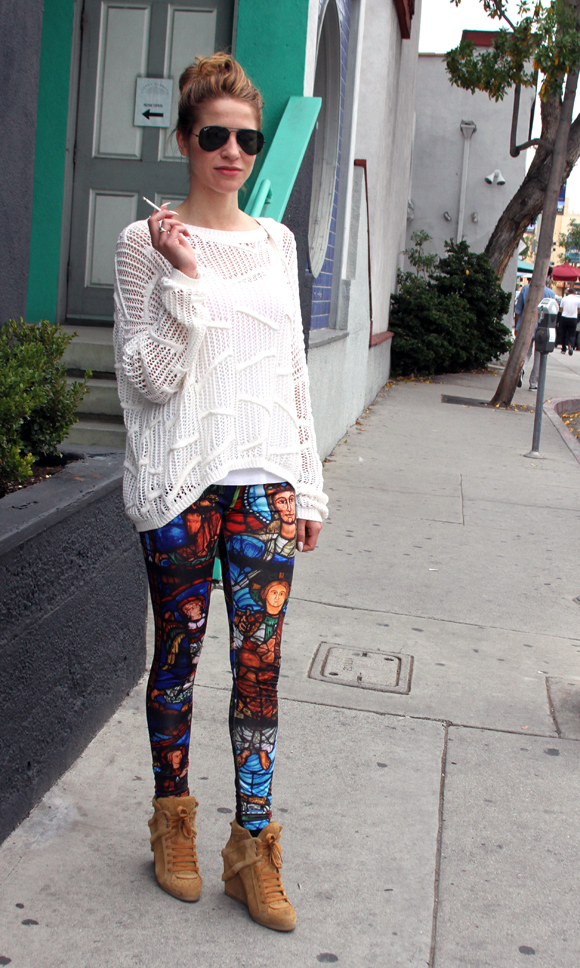 We saw Loules’ pants from a block away while she smoked a cigarette outside Le Pain Quotidien on Melrose Avenue. A 26-year-old German singer-songwriter, she lives in the Fairfax District with her partner, producer and fellow singer-songwriter Lukas Hilbert, and their dog, Rolex. Americans may recognize their work (Carly Rae Jepsen’s “Tonight I’m Getting Over You,” Chris Brown’s “Nobody’s Perfect”). Of course, what we really wanted to know was where she got her pants, which she answered with a spirited “SheekShat!” 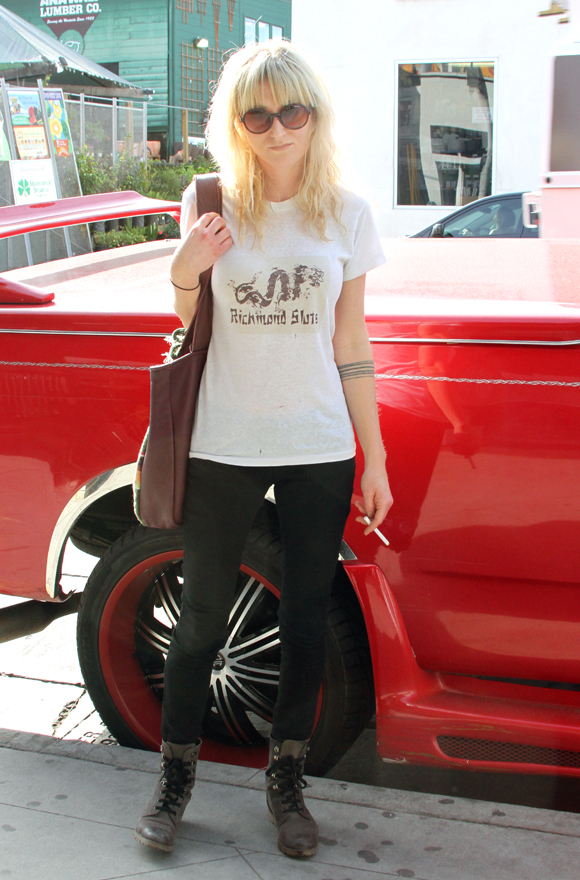 Burnett, 27, lives in Los Feliz, but she happened to be hanging out on North Robertson Boulevard in West Hollywood when we stopped and asked her about her bag — scored from a local designer in Maine. Turns out, she too found comfort in denim-style leggings (she couldn’t remember where she got them), which she tucked into Boutique 9 combat boots.