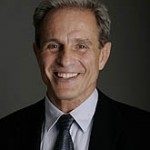 An organization that calls itself “Social Compassion in Legislation for Animals” is the latest political action committee to step into the West Hollywood City Council race. The group’s Animal PAC has donated $6,400 to the campaigns of council incumbents John Duran and Jeffrey Prang, with half of that amount going to each.

A political campaign finance website maintained by the California Secretary of State shows the PAC gives a Sacramento address. However its telephone number is that of Miller & Olson, a law firm whose principals, Russell H. Miller and Rebecca J. Olson, specialize in campaign law and campaign finance. The PAC has not yet filed with the Secretary of State a report indicating a source of funds in 2013. However, other documents filed indicate that it was created last year and had amassed $58,270 in contributions. It spent $24,799 in 2012. Relatively minor amounts of that went to the campaigns of Bob Blumenfield, Betsy Butler, Mike Gatto, Adrin Nazarian and John Perez for the California Assembly, Jose Solorio for a 2014 state Senate race, Mike Fuer for the 2013 Los Angeles city attorney campaign, and Betty Yee for a 2014 race for state Controller. Most of the money went to Miller & Olson and Renee Hatchwell, a campaign consultant.

The largest contribution by far was $55,010 by Edward Buck. Buck, a former model and owner of an insurance company, has been active in a number of West Hollywood movements, including the successful campaign by local residents to stop the city’s efforts to build housing for senior citizens in Laurel Park, which is home to the historic Tara house, and a successful push for the council to adopt a ban on the sale of clothing made from fur.

To date, four PACs or special committees have been formed to raise money to support incumbent candidates Duran and Prang and support or oppose Measure C, which would bar future council members from serving more than three four-year terms. The majority of money raised by those organizations, which aren’t limited in the amount of money they can raise, has been donated by real estate interests from outside West Hollywood. The West Hollywood Chamber of Commerce PAC, which has long been in existence, had donated $5,000 to the Duran campaign.

As always Rudolf you place issues in perspective and set the discussions back on the path of origin. We are getting sidetracked and I accept my own participation and apologize. You are also correct when you take away the warm and fuzzy and reveal it for what it is – another funnel to keep the status quo and the incumbents in place. That is what all of us should be focused on and what we should be concerned about (and yes those are preposition ended sentences). Clouding this issue is counetrproductive. Thanks, Rudolf.

interesting discussion on Animal Rights. I suppose we are all hypocrites on some level but at least we try to be as respectful as possible towards all creatures!

but aren’t we getting sidetracked here as this PAC with a cuddly name is just a shell company to funnel more funds toward incumbents? For reasons more profitable than Animal Rights I would suspect? Or does anyone seriously believe that this Sacramento law firm on a bundling bonanza really cares one bit about this issue in West Hollywood?

Explain to me why this so-called extrapolation is a bridge too far? By what criteria do you judge the torture of animals? Do you think boiling live silkworms is okay? That raising, killing and plucking eider ducks for their feathers is okay? The slaughter of tigers – and their orphaned babies for tiger bone is okay? The sucking of bear bile from LIVE bears for its alleged medicinal qualities is okay? Do you buy merchandise from China? How about PETA killing the innocent pets given into their care and promptly killed and subsequently dumped into local trash bins in the… Read more »

The extrapolation of animal torture into shearing sheep, down comforters horse drawn carriages, etc, is a bridge too far. Who proposed the fur ban in West Hollywood or in the numerous other places around the world where fur is banned, including entire countries, is also a useless point. I keep wondering what part of “fur” some people do not seem to understand. This FUR ban is not about meat, leather belts, worms, horses, down, or ANYTHING else. It IS about torturing animals, including skinning them alive, as an UNNEEDED and UNNECESSARY so-called luxury that serves no purpose whatsoever other than… Read more »

If the fur ban were not proposed by a person who likes PETA I would be less suspect. And if Mr. Buck is not a fan of PETA then I withdraw my comment – but fur bans effect mostly women and businesses. Few men wear fur. In general, what I do find very interesting about fur bans is that they do not include leather bans, silk bans or wool bans. You might say that animals killed for leather would be killed for something anyway – but is that a fact? Silk is obtained by boiling live silkworms. Sheep are sheared… Read more »

I didn’t liken anything to anyone, that’s my analogy, that’s how I see it & I’m sticking to it. I could have said like having a nudist colony in the North Pole except that analogy does not involve the abuse of innocent life. Why should animal torture & abuse be a “choice”? Why do you think We Ho & other cities & states banned the sale of animals from puppy mills? It’s because the animals are bred & born in abusive & inhumane condition for the profit of greedy & inhumane breeders. which most people find disgustingly unacceptable. The same… Read more »

once again this shows the absurd money laundering that goes on in our small town political campaigns, be it legal or illegal. who knows where the money really comes from since it’s been laundered so much and what the expected kickbacks are. as a result the recipients become prostitutes who do not represent the residents but only their donors who are buying the elected office that should be held by a representative of the people.

Nicole you are correct – but it was millions of dollars. As they wish to practice gtheir faith in peace they pay to deny others their lives. Special interest groups are exactly what is at play here and today I got the Duran Prang Animal ticket – it was absurd. We need an agend in this city that serves the constituent’s needs. The hypocrisy and the deep pockets make me sick and make me very embarassed to be part of the current city administration. And what do they spend all this money on anyway. Do they return what’s left over?

The comment that retalers should “stop harassing people” is a curious one. Simply offering products for sale and allowing consumers to choose is hardly harassment. What is harassment is threatening retailers, gluing their locks, breaking their windows, threatening to throw chemcilas on their merchandise. That is why the FBI considers extremiust animal rights and environmental groups the single most significant threat to domestic security. And, had Mr. McBreairty walked the streets when fall season was merchandised he would have seen plenty of fur in the windows and on the shelves. And let’s not forget that UGGS, a virtual uniform of… Read more »

The Mormons and other special interest groups brought hundreds of thousand, if not millions of dollars, to fight Marriage Equality and we shouted out in support of Freedom of Choice. Here Animal Rights and special interest groups buy the support of incumbent Council Members to promote the Animal Rights agenda and dictate to us whether we have the freedom to choose; only this time the issue is whether to eat meat; wear leather; or ascribe to life-saving medical research. The Animal Rights agenda is not my agenda, nor was the “YES on 8” agenda. It’s time to speak up West… Read more »

The fur ban is a very major step toward educating people about animal torture so some frivolous people can wear their tortured hides around their necks. Time to move on. The people who have been threatening to move out of We Ho should all be gone by now & stop harassing people. Having a “Fur Council” in West Hollywood is like having a child molester’s club in the PTA. We have had 80 plus degree weather through January so far this year & February has been pretty warm as well. Fur sellers should go to colder climates to peddle their… Read more »