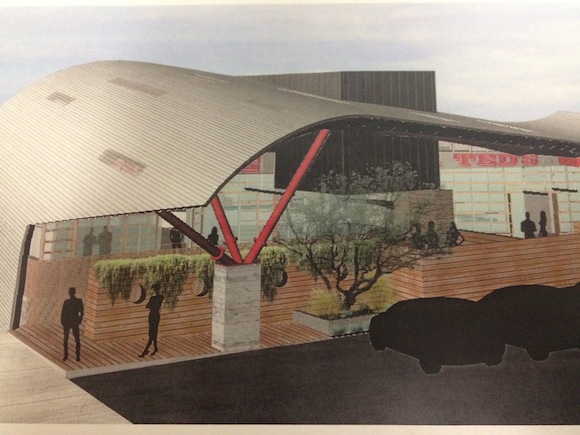 Driving down Santa Monica Boulevard, we couldn’t help but notice the large swooping canopy roof looming down on us. When Connie & Ted’s opens, that wave-like canopy — which will be coated by a layer of corrugated metal — will hover above an outdoor patio in front of the eatery.

Take a look for yourself, below, as we got our hands on the design plans.

Construction manager Grant Grigoryan said he’s been a part of a lot of construction sites, but never something as unique as this. “It’s been very hard (to construct),” he said.

The project was slated to be completed by March 6, but Grigoryan said he expects they’ll need more time.

Originally, Silver Spoon was supposed to be remodeled into Connie & Ted’s, but instead it was almost completely demolished.

Michael Cimarusti of Providence is teaming up with Claim Jumper founder Craig Nickoloff to open it up.

Eater LA has pointed out the peculiar duo of Nickoloff and Cimarusti. Nickoloff is known for Claim Jumper, a chain that serves large portions of fairly inexpensive American cuisine. He opened the first one in Los Alamitos (1977) and from there the chain exploded before filing for bankruptcy in 2010. Cimarusti, on the other hand, serves up fine-dining wild seafood and shellfish at one of LA’s most celebrated restaurants (Gushing reviews stacked up for Providence when it first opened in 2005. Among many accolades, it was named “One of America’s Top 50 Restaurants” by Gourmet Magazine).

According to reports, C&T’s will be more casual than Providence, but the vibe will still be “young, fun and vibrant.” 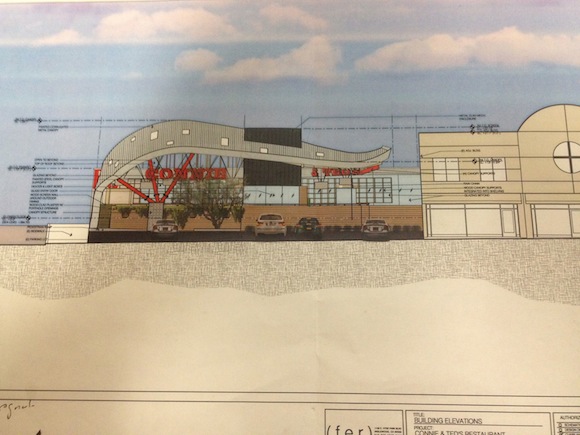 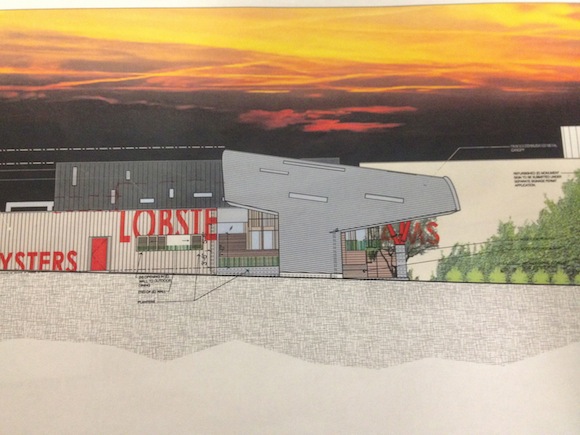 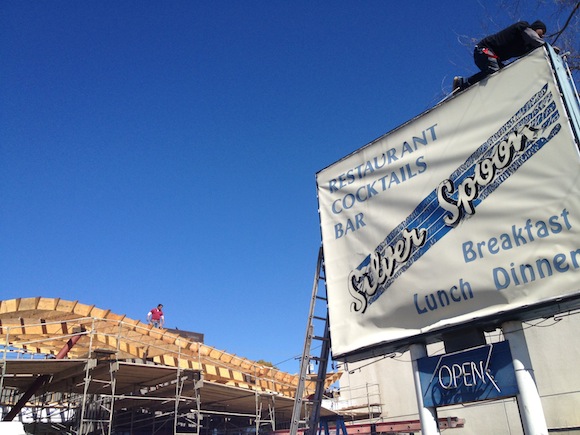 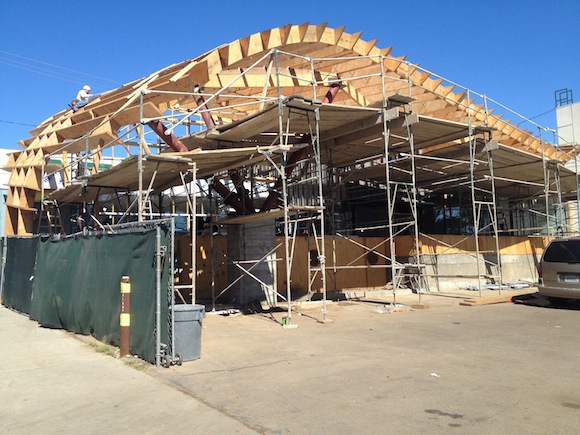 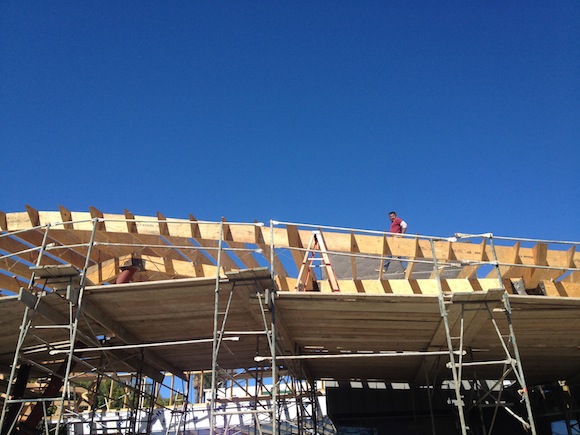 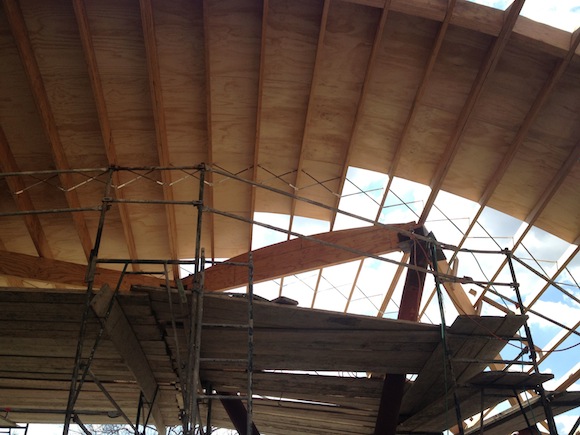 I think Fiesta Hall suits the park. Whether it is an architectural gem is not the issue. And FYI – I love many modern buildings. This was simply a comment on the resemblance.

i am looking forward to this place to open. i love the look and believe it will add a great look to the blvd.
respectfully
jp

@Profes Shivers: Radical change? That actually made me laugh a little. Why should neighbors have any right to decide if a restaraunt can remodel their own property? That is all they’re doing here obviously, it’s not like their adding another story or downsizing the parking lot, which might give, at most, a next-door neighbor reason to worry. You’d have to be patheticly unopen to any sort of change in your environment to complain that this would interfere with your daily life whatsoever. NIMBYS… *shaking my head.

I would love to know why the city councilors were never put on the hot seat for allowing this “demolition”; neighbors had no hearing input for this radical change. Parking impact? Height change over the Silver Spoon? Amazing.

WOW. Cool. I didn’t realize it would be so “architectural.”
PS @Chloe, some people like modern designs and some don’t but I think there’s room for both. I think Fiesta Hall at Plummer Park is one of the most unimpressive and unpleasant buildings I have ever been in and would welcome the proposed modern makeover.