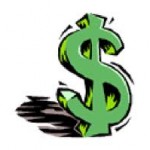 The latest round of campaign donation reports released by the West Hollywood City Clerk shows contributions of $63,548 to five of the nine candidates for two seats on the City Council. That raises total contributions thus far to $281,275.

Incumbent council members John Duran and Jeffrey Prang received the bulk of the contributions, with Prang raising $27,990, bringing his overall total to $83,540, and Duran raising $26,640, bringing his total to $116,525, including a $10,000 contribution made to an independent campaign committee supporting him.

As with previous reports, the majority of donors were from outside West Hollywood. Sixty-five percent of Prang’s donations came from outside the city, with $4,550 in contributions from real estate interests, $2,000 from billboard owners and $2,500 from current or prospective city vendors. Sixty-nine percent of Duran’s donors were from outside West Hollywood, with $4,200 coming from real estate interests, $3,000 from current and prospective city vendors and $2,000 from billboard owners.

Challenger Sam Borelli reported contributions of $7,006, bringing his total to date to $27,364. Thirty-eight percent of his donors were from outside West Hollywood, with no significant contributions from any particular interest group.

Candidates Nick Garzilli and Tristan Schukraft did not report combined donations in excess of $1,000 each. The City Clerk’s office has not released donation reports from candidates Tom Demille, Christopher Landavazo and Steve Martin.

Reports of donations for the Jan. 20 through Feb. 16 period must be filed with the City Clerk by Feb. 20 and typically are released the public in the days that follow. These reports are the last that will be released before the March 5 election.

On Tuesday, March 5, 2013, Term Limits will be passed into law by the voters of West Hollywood. You can count on it.

We are a city of around 35,000 people. Duran and Prang are succeeding at morphing Weho politics into a Little Chicago—and they are just as beholden to outside interests as any Chicago politician. The fur ban and plastic bag ban did not originate in Weho. However, when it comes to the residents, like crosswalk safety, Duran is taking credit for that half-baked attempt at the crosswalk in front of the Big Gay Starbucks as though it’s some gigantic project for the benefit of mankind…the citizens of Weho deserve better!!!

Mr. McBreairty, could you please give specific examples of deception and corruption practiced by any of the sitting council members? One doesn’t need 20 to 30 years, one can be swayed in 20 to 30 minutes, hours or weeks once the financial pressure starts. Even a single phone call can do it yet you see no reason to limit or qualify contributions? How would you recognize the earliest concept of transparency or honesty? Where does judgement factor into the equation?

To me, term limits for this City Council can only work to our advantage. At the very least they will enter office knowing their time is limited & no one will have a 20-30 year run to get totally enveloped inside the web of deception & corruption that is so prevalent now. West Hollywood is too small a city to have a City Council that serves special interests outside the city ahead of the needs of the city & it’s people. Term limits will go a long way in bring back transparency & a little more honesty from those who… Read more »

Mr. McBrearity, the DA’s office generally investigates complaints based on facts rather than theory and innuendo. Lobbyists and campaign managers presumably do what they do within the constraints of regulations unless we bring evidence to show otherwise. Unless we change the dynamic of campaign contributions through reform the public will continue to see depressingly unwieldy results. Although the previously compiled campaign data referred to earlier was offered and available to several of the folks that actually launched the Measure C effort, it wasn’t thought to be important. Instead a vast amount of energy has gone into a possible mechanism that… Read more »

Why isn’t someone asking the DA’s office to investigate the MO by which some of these campaign contributions have been made, and also an investigation of Durang’s campaign manager being a power pushing lobbyist for developers with issues & projects before the City Council? Otherwise this can only get worse. They are insulting the dignity & intelligence of the voters of West Hollywood

@Concerned Citizen makes a very important point….at its core this election may be more about Afriat trying to buy his way in for his development clients than anything else. In this election, EVERYONE MUST GET OUT TO VOTE FOR THE NON-INCUMBENTS TO PREVENT THIS FROM HAPPENING!

I am so curious to see how the votes turn out. The statistic I will look for is cost per voter. I’ve spent about $750 on my campaign. I think I have a good shot at winning this category.

Term limits are not going to make our city more honest. Would it have helped Bell? Day-to-day operations of West Hollywood are handled by a (VERY well-paid!) City Manager and full-time staff assistants for the Council members. If you dislike the way a current Council member is handling their part-time job, vote for someone else! But don’t think that you’ll get new, committed members on the City Council by limiting how long they can serve.

When the campaign contributions in WeHo top those in Beverly Hills – it should alert the residents that something is seriously wrong in this little burg. I would kinda like to see exactly what every cent of this money is being spend upon – do they have receipts? How can it cost almost a quarter of amillion bucks to win a seat on the CC – a job – that someone rightly pointed out, that pays about $10 a year. Someone is doing something questionable – my question is when is anyone going to demand some answers – BEFORE MARCH… Read more »

@Lynn Russell extremely astute of you. Yes on C is just the first step toward change. In two years we hope to see a measure on the WeHo ballot for Campaign Finance Reform, akin to CA Clean Money Campaign. Each step forward toward change is good. I just visited http://www.whoownsweho.org and was shocked at articles I had not seen before about where the money is coming from and where some of it is going. As we see in this article here, we are now talking about over TWO HUNDRED THOUSAND DOLLARS BEING SPENT JUST TO WIN A COUNCIL SEAT. This… Read more »

Several years ago when incumbents Abbe Land, John Heilman and Sal Guarriello ran for reelection, after hearing many accusations of unfair practices, I categorized and compiled their contributions to find nearly three quarters of a million dollars more or less divided between them. Thinking this excessive for a small community, similar figures from the three Beverly Hills incumbents revealed contributions of approximately a quarter million. They all had similar streams of contributors. This was before the 2008 crash when development was in high gear in West Hollywood so current figures appear in proportion given our economic climate. The tendency of… Read more »