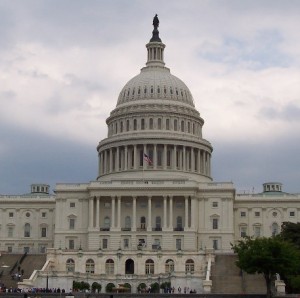 With across-the-board national budget cuts expected to take effect at the stroke of midnight Friday, local governments are trying to figure out how they will be affected.

On Thursday, both Republicans and Democrats were scheduled to vote on respective alternate plans to avoid $85 billion worth of automatic spending cuts, but both plans are expected to fail and have been chalked up to political maneuvering.

The cuts will hit almost every part of the federal budget, from defense to education.

Locally, West Hollywood does not heavily rely on federal funding, “so there will be very little impact on the city’s budget from sequestration,” said David Wilson, the city’s director of finance. “However, our community like others around the nation will feel the impacts of the federal budget cuts.”

Here are some of those impacts, according to Wilson:

Left unsaid: that $85 billion in near-term cuts would be taken from nearly four trillion dollars a year in federal spending. We’re talking a terrifying cut of two percent of federal funding, here, against a decade of *massive* spending growth. (In 2000, annual federal spending was $2 trillion, or half what it is now.) Further sequester cuts are “cuts” only in the projected rate of growth in federal spending — a reduction in annual increases, not an actual reduction in total spending. It’s a non-event, media hype notwithstanding.