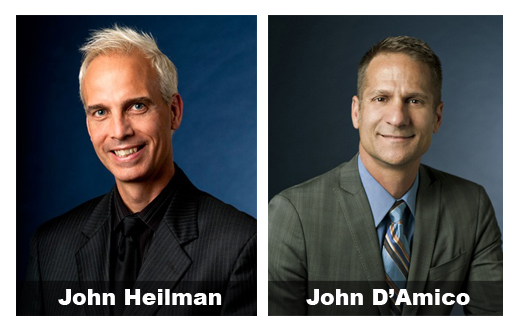 “This is a discussion we could have been having off-line for two years, but you refuse to speak to me,” D’Amico said to Heilman, who in January refused to shake hands with D’Amico.

On Monday night, Heilman introduced an ordinance prohibiting lobbyists from serving as campaign consultants for candidates in city elections, one of two campaign reform proposals on the agenda in the wake of a heated campaign season. The other proposal, which the council approved 4-1, removes the six-month deadline for campaign committees to raise funds after an election to pay election debts.

However, it was Heilman’s proposal that really heated things up. His proposal is intended to eliminate the “impression of impropriety,” he said, as the public might perceive the dual role of lobbyist/campaign consultant as providing undue influence over the elected official put in office.

The council decided to form an ad hoc committee consisting of Heilman and Mayor Jeffrey Prang to return in six months with recommendations addressing the lobbyist issue as well as other campaign reform issues. Heilman, Prang and Councilmember Abbe Land voted to approve the item, while D’Amico and Councilmember John Duran abstained from the vote.

The item seemed to be directed at lobbyist Steve Afriat, the subject of much public discussion during the recent council election campaign. Afriat, at one time or another, has run the campaigns or raised money for four out of the five sitting WeHo city council members while as a lobbyist also represents many projects that have business before the city. Afriat served as the campaign manager for the successful reelection of Prang and Duran earlier this month. His business clients include the Pacific Design Center, which recently won the exclusive right to present proposals for developing the Metropolitan Transportation Authority’s bus depot lot on the southeast corner of Santa Monica and San Vicente boulevards.

“If there were not two years of hostility from your office towards mine, I would think that your ethics are clear,” D’Amico said to Heilman.

D’Amico said the ordinance was not aimed at Afriat at all, but instead was aimed at his council deputy Michelle Rex. D’Amico said the ordinance was the result of the long-standing bitterness Heilman has toward him, dating back to D’Amico’s election to the council in March 2011. D’Amico defeated Lindsey Horvath in that election, eliminating Heilman’s voting majority (with Abbe Land) on the council.

D’Amico said that Rex, who served as Duran’s campaign manager in 2009, would have been targeted by the second part of the ordinance that would also prohibit campaign consultants and lobbyists from being appointed to boards, commissions and city positions where filing a financial disclosure form with the state is required.

“In this document, there is an employee that is targeted by Councilmember Heilman,” D’Amico said. “There is only one employee in this organization and I strongly object to that sort of targeting by his office. Michelle Rex is a qualified individual who works hard every day. His office is targeting that employee and we need to extract that language from this document.”

Heilman said he was not questioning Rex’s qualifications.

“Do you think it’s OK for someone to both work as a city employee and simultaneously be a campaign consultant?” Heilman asked.

“When your office extracts dollars from non-profits in the community, is that an acceptable use of your office’s time?” D’Amico responded.

Heilman did not respond to that charge but insisted his ordinance was about ethical behavior. Post-meeting, Heilman told WEHOville he was sorry the proposal was perceived as targeting one person. D’Amico declined to comment.

“This is not designed to be an attack on any particular individual or employee,” said Heilman. “It is designed to promote what I think is the best ethical conduct from somebody running a campaign.”

In addition to Heilman’s hostility toward D’Amico, Heilman’s longtime council deputy, Fran Solomon, has long been rumored to be hostile toward Rex, frequently yelling and screaming at her.

“I think it brings to the public another example of the hostility from Fran Solomon and John Heilman towards Michelle Rex,” said D’Amico. “There has been, time after time, targeted hostility towards my employee under which the city manager and city attorney have taken no action and neither have you.”

D’Amico is rumored to have asked the city’s human resources department, as well as City Manager Paul Arevalo and City Attorney Mike Jenkins, to take disciplinary action against Solomon for her treatment of Rex. However, no action has been taken aside from recommending Solomon take a vacation.

Before the kerfuffle between D’Amico and Heilman erupted, 10 public commenters spoke in favor of the item.

Failed council candidate Steve Martin, who helped gather the signatures for the Measure C term limits initiative to be placed on the ballot, praised the lobbyist measure. Martin, who has a chilly relationship with Heilman, went so far as to say if the council didn’t approve the item, that he would help Heilman gather signatures to get it on the ballot.

The other campaign reform proposal, removing the fundraising deadline, passed with ease. City attorney Mike Jenkins said the measure was written so that candidates could only raise funds to pay off debts. Candidates will not be allowed to transfer excess money from one election campaign into another. Furthermore, candidates will not be allowed to begin fundraising for the next election until 24 months prior to that election.

Prang said the ordinance is needed because campaigns often incur expenses during the final days of a campaign, such as paying for the printing and mailing of a flier or paying a campaign manager’s salary.

D’Amico voted against the item but did not explain why. However, during a December 2012 discussion, he said he opposed it because it would give “the impression the city is for sale without end.”

Jimmy, if that has been your personal experience so be it. I find that had listened to a very angry group of individuals nearly 8 to 10 years ago involved in a volatile issue, I would have been swept up in their seemingly terminal hostility, exacerbated by rumor and innuendo. The aftermath of this is still alive and circulating today. Contrary to that I have had a far different experience with John Heilman and Fran Solomon, as well as other council members and deputies, responding to various issues and giving time to discuss multiple points. Many times we agree and… Read more »

Hi Jimmy Palmieri. Your response to Lauren Meister’s comment and mine is rather troubling. Cynicism implies a sneering disbelief in sincerity whereas pessimism implies a gloomy distrustful view of life in general according to Webster. I have to ask you where you personally find solutions between these two attributes? Are we not looking for solutions which can come from anywhere?

sadly lynn, i trust nothing heilman does anymore. he has proven himself to be so ego driven over the years and his deputy is so power crazy that anything coming from that office is a politically motivated manuever, in my opinion. this piece was written in two parts. my true belief is that he assumed it would be voted down, and it would be nothing but a showpiece. as it is right now. with you and i still discussing it. so this will be my last response. i hope to meet you if i havent already. lauren i know many… Read more »

Councilman Heilman put forth a much needed item designed to remove the appearance of impropriety from campaign/election issues. This sentiment is always an across the board benefit whatever the issue. A fully fleshed out ordinance, yet to be crafted, would allow the issue to be viewed with greater clarity so it could be decided on the merits. For folks like Mr. Block, Palmiiere and Mooney to wander so off course as to express personal angst past or present seems a reflection of Mr. d’Amico’s troubling and embarrassing predicament. Finding ways to work with folks who don’t agree is a great… Read more »

Unfortunately this was a perfect example of “the art of politics.” Everyone’s talking about the feud instead of the ethics issue. I wonder if we’ll see the ordinance come back in a revised form that addresses the issue at hand — should the City have an ordinance that deals with conflicts of interest and other ethics issues, such as prohibiting a campaign consultant from lobbying?

@Lauren. I know that you realize that Heilmans piece of nonesense, was NEVER meant to be any type of political reform. He knew he wouldn’t have the votes, so therefore he could do the same thing if he should ever decide to run again, as it is legal. Secondly, he simply wanted to put a cast of foul play, which did not exist, on that specific night because of the swearing in of Duran and Prang. Third, and probably most harsh was that he wanted to do nothing more with this piece than to harm michelle rex. That is clear.… Read more »

Larry, I think I was the one who wrote that on the patch but I’m glad Riley got the credit. i often agree with him.

Hey Mr Riley.. whoever you are..did you hear my quote you at he council meeting.. the voters voted for Evolution, not Revolution…

I hope not. In what voice any of us have, I hope we use it to let him ride outta town, and take his little dog too!

Yes, Larry. It’s outrageous that the senior council member thinks it’s OK to act like a snotty child, when we hired him to be an adult professional.

He simply is no longer what this city needs.

Well I guess my cry at the beginning of the night for the senior council member and the junior council member to come together for Measure C implementation went virtually unnoticed.. been trying to get these guys to shake hand for months.. its outrageous.

Place your bets on how long it will take Bravo to offer The Johns an opportunity to settle this once and for all with a prime time, hot oil wrestle.

John Heilman, and his deputy Fran can never speak of ethics with a straight face. Can we say Roz Helfand? That piece of nonesense that was presented under a thinly veiled move to be ethical was merely a Heilman manuever to harm D’amico’s office.
When Heilman’s ass is voted out into the sunset during his next election, there should be a citywide celebration. Not to thank him but to say good riddance.
He is so not used to ever being questioned, that his sociopathic behavior can’t be hidden.

I rather like the recusal principal that scott schmidt and others suggested, as it might be the most ethical and simple of ways to bring about comprehensive reform. of course it will be difficult to implement as developers will contribute through subsidiaries to make sure that the office they ‘contribute’ to can still vote on their pet projects. the ‘hostilities’ between d’amico and heilman actually work out to our benefit in this case as they add entertainent value to an otherwise dry but important issue. i commend both heilman for bringing the issue up (whatever his motivations) and i commend… Read more »