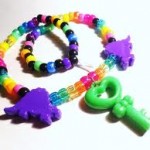 West Hollywood’s Lesbian and Gay Advisory Board is soliciting nominations for the 2013 Rainbow Key Awards, which recognize people and organizations who have benefited WeHo’s LGBT community. The awards, first made in 1993, are presented by the City Council based on recommendations from the advisory board. Nominations must be made by March 29. Eligibility for the awards is not tied to location or sexual orientation. Nominations may be mailed to Jeff Brook, Lesbian & Gay Advisory Board, 8300 Santa Monica Blvd., 90069 or dropped off at City Hall at the same address. For further information, contact Brook at (323) 848-6471 or jbook@weho.org.