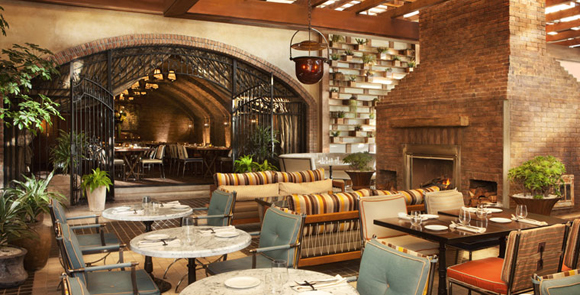 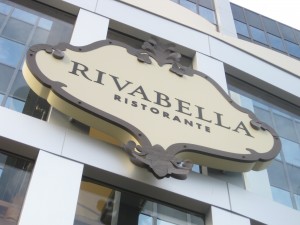 When the old Hamburger Hamlet on Sunset Boulevard closed last year, I imagine the collective gasp from the citizens of West Hollywood could be heard for miles around. Even after its umpteenth rebranding, most recently as The Hamlet, this stalwart restaurant had been running on fumes, and one could actually smell them when entering. Near the end, it seemed there was always something burning in the kitchen.

Just like the other long-lost eateries of West Hollywood – mention Scandia or Chasen’s to someone over 60 and they’ll talk your ear off – Hamburger Hamlet’s impact on our city was undeniable. It had been around since 1950. Dean Martin famously held court in one of its vinyl booths. And at least in the beginning, the restaurant had an uncanny ability to lure other celebs out of the surrounding hills to nosh on its comfort food.

So what happened? Some say it was never the same after Dino died. Others say the downhill slide began when the health department insisted that real wood could no longer be used beneath the famous Oak Plank Steak. But if we are going to be honest with ourselves, The Hamlet was similar to a beloved pet in need of euthanasia, and for years we just didn’t have the heart to admit it.

And to those who can’t stomach change? This will certainly not be your first heartbreak in a town where fashion rules and history is just … well … old.

Built on Hamburger Hamlet’s grave, RivaBella is antithetical to the former occupant in almost every way: stunningly put together, pricey and hip. Is it the best Italian food in town? No. Does anyone care? Not really.

I hit RivaBella on a Saturday night, and the place was packed. I sat between Mickey Rourke and Giada De Laurentiis, who was so gorgeous in person that I almost didn’t notice how lackluster my chestnut and porcini mushroom soup was. Well, almost.

Aside from this autumnal soup being out of season and out of step with Italian farm-to-table sensibilities, the flavor was flat: the umami taste of the porcini was buried, as was the chestnut’s potential sweetness. Unfortunately, the dish was more evocative of Campbell’s “Bean with Bacon” then of a seasonal soup from a tony Italianate kitchen.

But a chef like Angelini wasn’t likely to drop the ball twice. The second starter, Marinated White Anchovy Salad ($14), was refreshing and well-balanced. The crunch of thinly shaved vegetables and the tang of vinaigrette managed to both tame and showcase the white anchovies.

My pastas were plated simply, and they were portioned conservatively, and thus a bit expensive.  The Nidi di Rondine ($17) is a baked, nested pasta with Italian ham and parmesan cream — straight-up comfort food from Emilia-Romagna. It was warm, rich and delicious. But it’s the Tagliolini with Lemon, Basil and Cream ($14) that has haunted me since. The al dente hair-like pasta is tossed with a light sauce, its citrus note but a delicate suggestion.

I had a moment between courses to look around. I was in the biggest of the dining rooms, a simulated al fresco experience: marble-topped café tables with iron chairs and potted ficus throughout, a 30-foot ceiling checkered with skylights, and faux loggia draped with vines. In the corner of the room a fountain gurgled serenely.

Two main courses arrived. The first was a Veal Chop Milanese ($40). It was an inch thick, browned and glistening. The bone was frenched, making it the most well-plated dish of the night. The Grilled Branzino with Sauteed Spinich and Sicilian Style Sauce ($30) would make a ghastly photograph, but it was cooked perfectly. The cool tomato relish was a nice contrast atop the hot, crispy sea bass.

My waiter checked on me frequently, and in the Italian tradition always touched me when he spoke. His accent was thick, and I can’t help but wonder how many of these authentic Italian men are left to cast as ambassadors to yet another high-profile Italian restaurant in L.A. For example, Nonna of Italy shares many of the same menu items and is a half block away. And that’s not to mention the myriad “Il so-and-so’s” within a short drive.

But over-the-top glitz has become the opiate of choice on the Westside of WeHo, and RivaBella is here to prove that one more Tuscan Disneyland is just what TMZ needs.

The food here may get better, more stable over time, but I can’t help but think that this neighborhood could have used a utilitarian, continental restaurant; instead, something like a – oh, I don’t know – maybe a good Hamburger Hamlet.