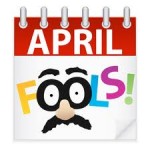 In a stunning reversal, all five members of the West Hollywood City Council held a last minute press conference Sunday to announce their support for campaign finance regulation and ethics guidelines. The council members are expected to discuss their change of heart at the City Council meeting tonight, on April Fool’s Day.

“West Hollywood is a progressive city, known for its early support of gay rights,” said Mayor Jeffrey Prang, who won re-election in March in a campaign managed by lobbyist Steve Afriat. “A progressive city is, by definition, an ethical and an honest city. We must ban campaign consultants from lobbying the council and city officers.”

Councilmember John Duran, whose campaign also was managed by Afriat, said he agreed with Prang. Duran, most of whose contributors in the March campaign are from outside West Hollywood, also said the city’s progressive reputation is harmed when outside real estate developers and billboard companies fund council campaigns. Duran said he would propose a ban on donations from those who don’t live in or have businesses headquartered in West Hollywood.

“Who owns West Hollywood?” Duran asked. “We do. The people who live here. Not the outsiders who want to make a buck off of us.”

Abbe Land, who also has engaged Afriat for past campaign work, said she agreed with banning campaign consultants from lobbying the council. She said she also would support a ban on political contributions from outsiders. But Land took the reform issue a step further.

“We must end the practice of council members currying favor by donating their leftover campaign funds to charities and political groups,” said Land, who made a donation from her fund to a group fighting a proposal for council term limits and has made contributions to many other charities with influential board members. “I will propose a law that requires that council members donate their leftover campaign funds to the city’s general fund, where that money will be used to benefit all of the citizens of West Hollywood and not just friends of council members.”

John Heilman, another Afriat client, who has been on the council since the city’s incorporation in 1984, added that council members also should be barred from accepting donations from city vendors. “It looks awful to take money from Athens Services (the city’s trash pickup contractor), and then turn around and vote to approve the Athens contract,” said Heilman.

John d’Amico, elected to the council in 2011 on a reform platform, said he was particularly bothered that council members were able to solicit campaign contributions after the election. “It’s clear that outside interests hedge their bets, and then dump money on the winners,” said d’Amico, who accepted substantial donations from developers after his election. “We must end that practice immediately.”

Prang said he would propose the city attorney put together a comprehensive package of reform ordinances, modeled after those in place in San Francisco. “We will have these changes in place by next month,” he said.

The council members ended the press conference by shaking hands with one another and wishing West Hollywood residents a happy April Fool’s Day.

Brilliant.. you got me! I believed it all to be realistic enough to be true. But who knows.. tonight one more stab at getting them to shake hands… maybe you wrote this article one day early.

LOLOLOLOLO! Good one, Hank! Oh if it were only true!