What’s in a name? Well, it depends. Some people we run into have no idea who made the clothes they’re wearing; others can rattle off labels right away. These dashing duos fall into the latter category. Let’s see who they’re wearing … 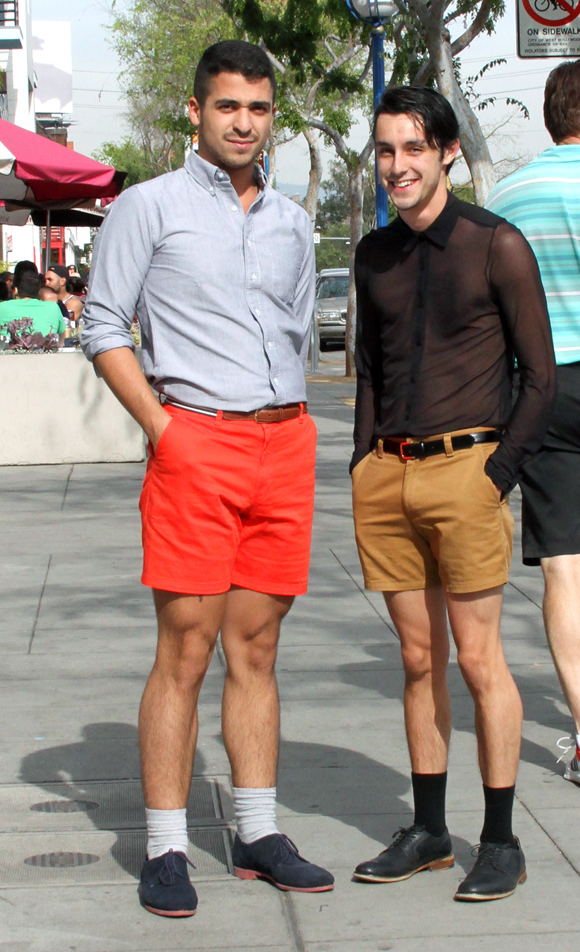 WeHo resident Lobo, 21, left, and Cone, 24, are wearing American Apparel from head to toe — and for good reason. They’re “brand ambassadors” for the American Apparel store on Melrose Avenue. 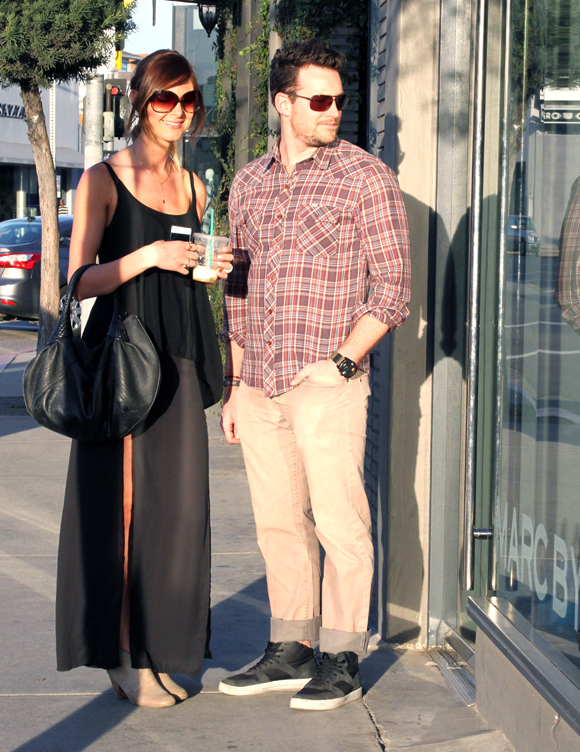 WeHo-turned-Bel-Air residents the Carriers, both 29 years old, were shopping near Melrose and Orlando avenues when we spotted their designer goods. Tatiana is wearing a necklace and rings by Cartier, along with Brandy Melville separates, Report Signature shoes, a Fendi bag and Oliver Peoples sunglasses. Her husband Colin is wearing an Urban Outfitters shirt, Citizens of Humanity pants, a Diesel watch and Tom Ford sunglasses. 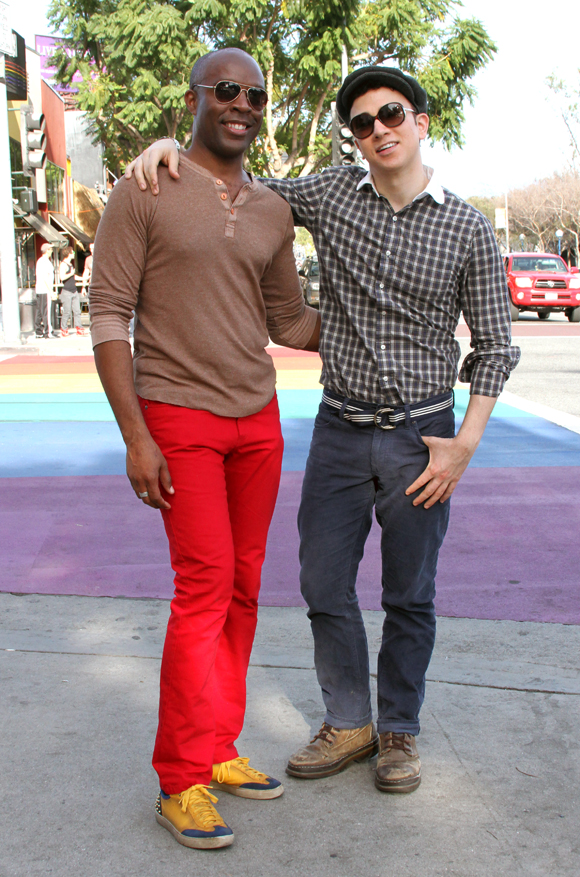