UPDATE: As of 4:20 p.m. Tuesday, 2,500 households remained without power in the Tri-West and West Hollywood West neighborhood areas. The power is expected to remain out until 6 a.m. Wednesday morning, according to Southern California Edison.

Some Tri-West and West Hollywood West neighborhood residents have been left without power for several hours today after a fallen tree branch took down a power transformer in between Westmont and Westbourne drives.

Power company Southern California Edison is currently working to restore power, which will be out for the next three to four hours for residents in the area, according to West Hollywood Sheriff’s Department Sgt. Zach Conner.

Urth Caffe, a favorite among locals and celebrities, is closed for the day.

At 9:15 a.m., residents say they heard a small explosion. A fallen tree branch fell onto a power line and led to a small fire at a nearby transformer, according to Conner. A small fire was put out shortly after the fire department reached the scene.

The power outage also took out the traffic light at La Cienega Blvd. and Melrose Ave., which currently has been set to flash red, according to Conner. 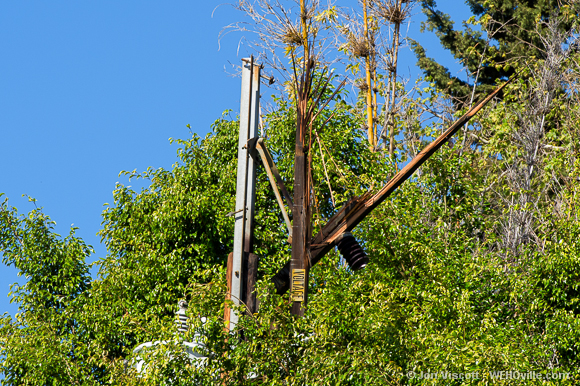 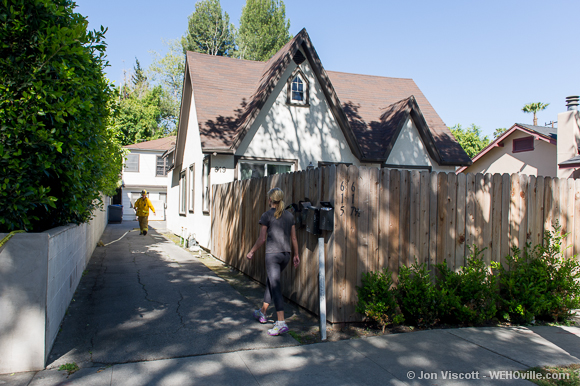 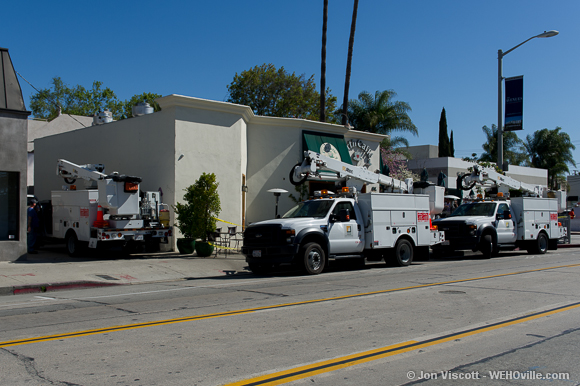