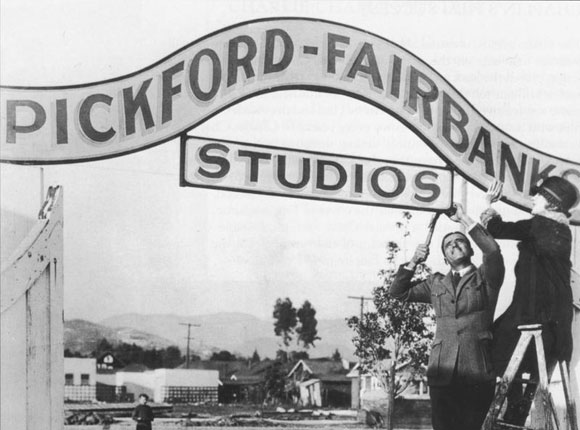 Citing the recent recession, the owner of “The Lot,” the movie studio on the southwest corner of Santa Monica Boulevard and Formosa Avenue, is invoking a special clause to extend its development agreement to begin major construction.

CIM Group has notified the city it will use a “force majeure” delay clause in its contract that allows for economic circumstances to extend its development agreement by 18 months to October 1, 2014. The current agreement ended on March 31, 2013.

“The Lot is an important part of the burgeoning east side of the City, providing a strong employment base and daily activity in the area, and will continue to be a catalytic project in the changing face of West Hollywood,” reads the letter CIM sent to the city. “When the contemplated redevelopment plans are completed, The Lot will be an even stronger contributor to the economic health of the City. Although the project was originally approved some twenty years ago, the revised [development agreement] plans were only approved in 2007 and were immediately derailed by world events.”

A “force majeure” clause allows for things out of the control of the developer, such as earthquakes, floods, wars, riots and labor strikes. In this case, CIM group is claiming the worldwide economic collapse of 2008 prevented it from securing financing for its project.

Save Pickfair Studio member Sal Gomez has taken steps to try to preserve the remaining buildings on the site, and has worked with Dominick Fairbanks, film legend Douglas Fairbank’s great grandchild, in compiling information for a preservation order at the state and national levels.

City Manager Paul Arevalo has approved the 18-month extension provided CIM submits an amended plan within six months and does not demolish any of the historic structures on the site in the meantime.

A real-estate investment company, CIM Group also owns the Hancock Lofts in West Hollywood and the Sunset-Vine Tower in Hollywood, along with dozens of other properties in the greater Los Angeles area.

The 10-acre movie studio and backlot was built in 1919. A few years later, silent-era megastars Mary Pickford and Douglas Fairbanks bought the property and renamed it Pickford-Fairbanks Studio, but it was commonly known as “Pickfair Studios.”

Many classic movies such as “West Side Story,” “The Manchurian Candidate,” “The Apartment” and “Some Like it Hot” were filmed there. The hit vampire series “True Blood” is currently filmed on the site.

In 1993, the City Council approved a “comprehensive development plan” (similar to a specific plan) for the property and entered into a development agreement with then owner Warner Hollywood Studios to renovate the studios, demolish several buildings and construct several new ones. That agreement has been amended and extended several times, the last being in 2007 when the council voted 4-1 to approve the development agreement (Councilmember John Heilman voted against it).

In April 2012, CIM demolished the 1927-built Pickford Building in the southeast portion of the lot and began erecting a new building in that space.

That act was seen as a move to activate the development agreement, which stated that “major construction” had to be underway prior to March 2013 or the agreement expired.

However, the demolition of the Pickford Building was the smallest of the three phases of construction and not viewed as major enough to activate the agreement. Without the financing for the other phases, CIM invoked the “force majeure” clause.

National economic slowdown hardly seems grounds to invoke force majeure.
I wonder what precedent this sets, and if in fact this tactic has been used on this scale before…