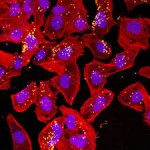 The Health Department said its investigation has not found any other cases of meningitis associated with Shaad. It said that the strain that infected him was from serogroup C as was the strain of the virus that has infected four other gay men in Los Angeles County since 2012. While the bacteria that infected each of those men was from the same serogroup, the health department said there didn’t appear to be any significant connection between Shaad’s virus and that of the other men. One of those men, RJay Spoon, who lived in downtown Los Angeles, died Dec. 16 of the disease.

Serogroup C has been responsible for 10 to 25 percent of the meningitis infections in Los Angeles County since 2007 according to health department statistics. The department has reported 13 cases since November. In recent years, the number of meningitis cases in the county has ranged from 21 in 2009 to 37 in 2011.

The department’s findings appear to contradict suggestions of a potential epidemic by West Hollywood City Councilmember John Duran and the AIDS Healthcare Foundation that have created a panic in the local gay community.

Duran, at a hurriedly called press conference on April 12, reported Shaad’s infection, linked the infection to Shaad’s attendance at the Palm Springs White Party on Easter weekend, an annual gathering of as many as 10,000 gay men, and later that night confirmed to reporters that he was dead. In fact, Shaad had not attended the White Party and his family says it was still debating whether to take Shaad off life support when Duran announced his death. While pleading that meningitis not be considered a “gay disease,” Duran said it was of special concern in West Hollywood because of what he said were the city’s “gay orgies” and drug-fueled parties at its gay nightclubs.

Duran and AHF attacked the county health department for not sharing more information about meningitis infections and for its reluctance to see the deaths of Shaad and Spoon as signs of a major risk to the gay community.

AHF has been a major critic of the health department since a county audit alleged the $143 million non-profit misused $1.7 million in county funds. AHF also is angry that the county granted a $75 million contract to Ramsell Public Health RX to provide medical prescription services without considering AHF as a vendor. It has filed suit against the county in federal court claiming the county’s audit findings were retaliation for AHF’s criticism of the county’s use of federal funds and AHF’s campaign to require that adult film actors wear condoms. AHF also has mounted a campaign to force the City of Los Angeles to form its own health department rather than rely on the county department. City officials have praised the county department’s performance and say Los Angeles lacks the resources to create its own department.

The allegations by Duran and AHF have angered West Hollywood event promoters and nightclub owners, who have refused to talk on the record for fear of retribution by the councilmember. Gay men have flocked to AHF’s clinics for free meningitis vaccinations and local doctors have reported being overwhelmed with calls. Stories have been posted on the web by news organizations from across the country and by gay websites, many featuring interviews with Duran, suggesting there is a meningitis problem in West Hollywood.

Bacterial meningitis, according to the health department, is “a sporadic and uncommon infection of the blood and lining of the brain and the spinal cord. The disease can cause brain damage and hearing loss; even with prompt treatment, the mortality rate is 10-15%. Many people carry the meningococcal bacteria in their nose and throat without getting ill but can spread it to others. The bacteria can be spread by very close exposure to sneezing and coughing or direct contact with saliva (spit) or nose mucus (snot).

Anyone with those symptoms is urged to see his or her doctor or visit an emergency room immediately for treatment.

I hope this brings an end to overreaching announcements and panic inducing statements by anyone. And yes, Stephanie, how many non-gay people died during the same time.? A very good question.

The Meningitis Foundation of America (MFA), a national organization, would like the public & media to know that information is available regarding the diagnosis, treatment & prevention of meningitis. MFA was founded in 1997 by parents whose children were affected by meningitis. In addition to supporting vaccination & preventing meningitis, the MFA provides information to educate the public & medical professionals so that the early diagnosis, treatment &, most important, prevention of meningitis, will save lives. Meningitis is a dangerous & often times fatal inflammation of the brain &/or spinal cord that can leave survivors with serious life-long physical problems… Read more »

Does anyone know how many non-gay people have died during the same time period?

Does this mean Duran over reacted?! But how could that be? He’s the Mayor of Boystown.