Given the recent flurry of news stories regarding meningitis in Los Angeles County, WEHOville decided to gather data to figure out the extent of the disease over the past decade.

Included in the graph below are yearly meningitis case and death totals since 2001, according to the Los Angeles County Department of Public Health.

In 2001, there were 58 cases and nine deaths. Since then, the case numbers have seen a significant decline. 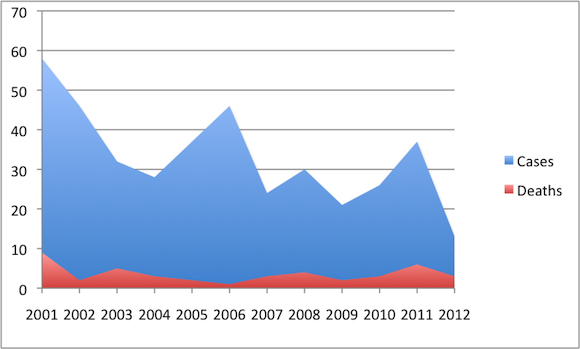 that should have beeen “rumor mongering”. Oops.

Do not let this illustration of facts interfere with the inalienable right of rumoring mongering and the dissemination of bad information.