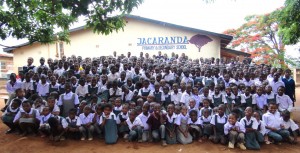 Soho House hosts a benefit cocktail party for the Jacaranda Foundation featuring TV host Ricki Lake, council members John Heliman and Abbe Land and former Councilmember Lindsey Horvath. The Jacaranda Foundation, which provides free schooling for orphans in Malawi, was founded by Marie DaSilva, who was named a “Top 10 CNN Hero” in 2010.  DaSilva will also be in attendance at the event. A suggested minimum donation of $100 is asked of attendees. RSVP to jheilman90069@aol.com by Friday, April 26. Soho House is located at 9200 Sunset Blvd. at Cory. More information about the Jacaranda Foundation and the event is online.