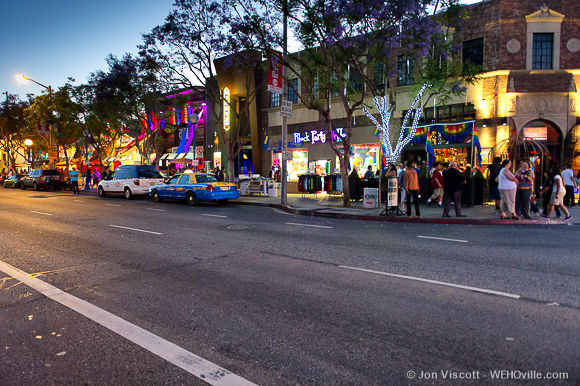 In May, the council voted to start a six-month pilot program of a free nighttime shuttle to take people to clubs and restaurants along Santa Monica Boulevard between Doheny Drive and Orange Grove Avenue on Friday and Saturday nights.

Jeff Huffer, the city’s manager of economic development, said that the initial RPF only gave vendors 10 days to respond. He said several other companies had expressed interest in operating the shuttle but didn’t submit bids. By reissuing the RFP with a longer period to respond, the city hoped to get more bids.

“We want to have a broader range of options to offer the council,” Huffer said.

Among the range of options are additional nights of service (Thursday and/or Sunday) and the types of vehicle used (bus vs. trolley).

Reissuing the RFP means the original target launch date of July 1 will be pushed back.

“We still have expectations that it will in July,” Huffer said. “It won’t be July 1st at this point.”

Huffer wasn’t sure whether the reissued RPF would get enough responses in time for the next council meeting on June 24. If that date isn’t met, the next time the council meets is on July 15.