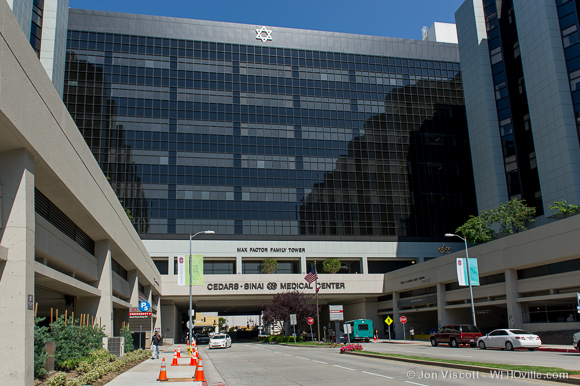 Ever since WEHOville broke the news that Cedars-Sinai Medical Center was reducing its HIV/AIDS treatment/research programs and eliminating its HIV specialists, people have been wondering what Councilmember John Duran had to say about a move that effectively ends Cedars’ renowned HIV clinic.

An outspoken advocate for HIV/AIDS causes, Duran, who is HIV-positive, has repeatedly declined to make a statement. At Monday night’s West Hollywood City Council meeting, Duran broke his silence.

“I’m deeply disappointed,” said Duran during his council member comments. “It seems a terrible shame that they’re not going to continue this journey with us from the beginning to the end. They’re sort of cutting out in the 8th inning and I’m disappointed. Those of us who have been to Cedars and the HIV clinic, there are other facilities that are available across greater Los Angeles. We are sorry that Cedars will no longer be partnering with us on the fight against HIV.”

At the May 20 council meeting, Councilmember John D’Amico, who is also HIV-positive, also expressed his dismay at the clinic’s closing.

D’Amico said he had persuaded Cedars’ government affairs liaison, Debra Kallick, to send a letter to patients getting treatment at the clinic detailing alternative care options.

“It seems they have lost their way. It’s clear Cedars is an ever-evolving world-class hospital charging customers, insurers and governments the very top of the fee scale. HIV and AIDS is just a niche they no longer care as much about,” said Miller in his June 3 column. “These trials and research are vitally important to our community and all affected by this plague. Cedars-Sinai apparently disagrees. It is certain, in any case, that ignorance, allied with power, is the most ferocious enemy people can have. We sadly have now discovered we have a new one.”

Cedars has become a profit making enterprise, less interested in treating the sick than in making a huge profit. I’ve watched this trend there for 50 years. The quality of the care is high IF you have the right insurance or if you can afford it.

Yo Guys: Thanks for bringing more attention to this blunder on the part of Cedars. I’m thrilled John Duran spoke up last evening at Council. While I do believe this ship has sailed, I would like the folks west of WeHo, (arguably historically the non-profits’ biggest base supporters) to be made aware of this move via the mainstream press. It really is unfathomable on quite a few levels.