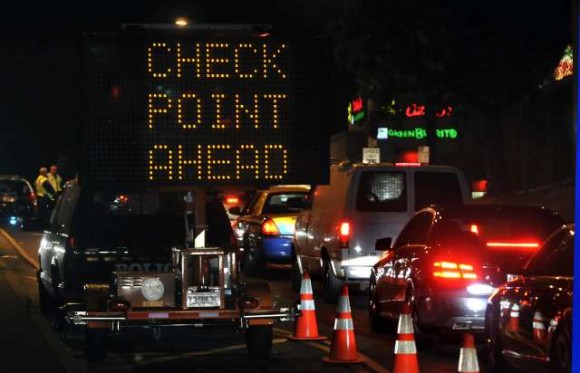 Of the 781 vehicles that went through the checkpoint at San Vicente at Beverly boulevards on Friday, 593 drivers were checked out, according to Detective Daniel Dail of the sheriff’s Traffic Services Detail.

Two people were arrested on suspicion of possessing narcotics, one driver whose license had been revoked was arrested, and one vehicle was impounded for 30 days. Four vehicles were stored for one day, Dail said.