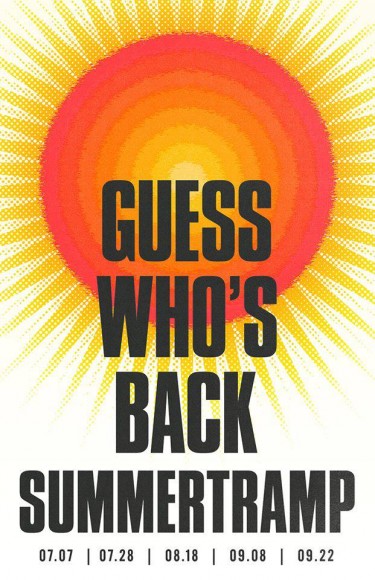 Summertramp, the popular outdoor gay dance party put on by WeHo party promoters Andres Rigal and Luke Nero, was finally held this weekend after a month and a half delay.

The party, a parking lot-water park pop up, was set to kick off its latest summer run on May 26 at 611 Mateo St. in Downtown Los Angeles. However, the event was canceled just days in advance.

“Yes after a very hard uphill battle regarding a few things I’m not legally allowed to speak about (though, I wish I could) and the arts district protesting our events we were finally able to get back on our feet and open our doors on Sunday,” said Rigal.

A copy of an e-mail circulating on Facebook, from an unidentified person at Toy Factory Lofts, sheds some light on the struggle between Summertramp’s organizers and nearby residents at the warehouse-style lofts structure.

The author of the email informs loft residents of the impending party to be held “in the alley by the Southwestern Bag Co., which is directly facing the north side of the Toy Factory.”

“This will mean more trash everywhere, crappy loud music, including people puking, laying on the ground just plain old out of their minds,” reads the e-mail, which encouraged others to protest the event.

Unable to hold the event near the Toy Factory, Summertramp organizers relocated to Lot 613 at 613 Imperial St., located in the Arts District in Downtown Los Angeles.

Promoters Rigal and Nero also put on one of WeHo’s most popular weekly parties, Rasputin at The Robertson.

Sunday’s event featured drag queen Raja (of RuPaul’s drag race fame) and Mario Diaz, the party promoter behind some of the sexiest (and most scandalous) events on either side of the Silver Lake/WeHo divide.

Previously, the event was held in the parking lot of Tony’s Saloon, and was featured in WeHo at last year’s LA Pride.

Part of the proceeds benefit the Los Angeles Gay and Lesbian Center.

Correction: A previous version of this story incorrectly stated that Lot 613 was formerly the site of Vertigo and Glam.