This year, the 31st edition of Outfest Los Angeles features more than 150 films from 28 countries, many of which will be shown at the Directors Guild of America, along Sunset Boulevard just outside West Hollywood city limits.

From July 11 through July 21, there are countless screenings, panels, parties and events to choose from. Headlining is the opening night film C.O.G., the first time humorist David Sedaris’ work has been adapted for the big screen.

Below, we give you the 411 on tickets, venues, parking, the centerpiece films, parties, panels and special events. 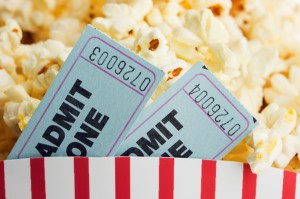 What do I need to know about tickets?

Tickets are $13 for regular screenings and $18 for films shown at the Ford Theatre and any of the five “Centerpiece Screenings.” The awards brunch costs $18. The “Docs at 5” series cost $5 per doc, or you can purchase all five for $20). The “Producers Expo” costs $75 ($35 for Outfest members). Discounts are available for most of the screenings and events for Outfest members. Click here to learn more about becoming a member.

Same-day tickets will be available at each of the venues.

There are no refunds. Outfest asks that you be seated 15 minutes prior to the screening start time. If you’re not, they might sell your tickets to someone in a stand-by line!

Where are the films being shown?

Here are the other venues:

Harmony Gold Theatre, just down the road from DGA at 7655 W. Sunset Blvd. at Stanley. 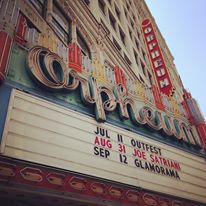 DGA: Parking is free at the DGA Theatre Complex and the Sunset Lofts (7950 Sunset Blvd. just west of Crescent Heights). Both are accessible off of Hayworth Ave.

Ford Theatre: Parking at the Ford comes with a big caveat, it’s stacked (for ticket holders), which means you’re probably staying the entire length of the film. Parking costs $5.

Orpheum: There are many parking lots on Broadway, Spring, Main, 8th and 9th streets. Click here for more info.

The Village: Village lots and a lot across from McCadden Pl. are available. 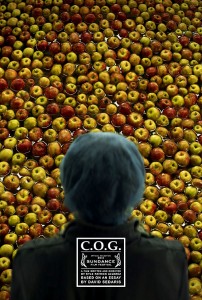 What are the Main Films Being Shown?

There are 6 films Outfest is promoting as its “Centerpiece Screenings.” They are:

At the end of May, Outfest announced its opening night film based on the writings of David Sedaris. For more information about the film, click here.

This Sundance film is set in a blue-collar town in Texas and examines the lives of two gay men, Ernesto and Gabe, who fall in love. Yen Tan, an alum of Outfest’s Screenwriting Lab program, wrote and directed the film.

This documentary follows the story of American missionaries, who, unable to spread their anti-gay messages at home, travel to Africa to spread the “word of God.” In Uganda, the ministers provoked proposed “kill the gay” legislation. The film also studies the Ugandan clergy who tried to spread messages of love and promote LGBT equality. The film is directed by Academy Award-winner Roger Ross.

Set in 1950s Rio de Janeiro, American poet Elizabeth Bishop travels to Brazil hoping to find inspiration but ends up falling for architect Lota de Macedo Soares. The two embark on a tempestuous affair that affects their art for the rest of their lives.

The film is a documentary of the life of Alice Walker, activist, poet and Pulitzer Prize-winning author of “The Color Purple.” The film traces her personal and professional life, and features interviews with Walker and her peers, including Steven Spielberg and Yoko Ono.

This comedy is a twist on the classic teen movie about high school student Tanner, who, when outed by his school’s Gay Straight Alliance club, becomes the target for three “teen queens” who believe they need a G.B.F. (Gay Best Friend). As the girls compete for Tanner, the audience realizes that he already has a G.B.F. named Brent.

For the full program and listing of films at Outfest, click here.

What about the rest of the films?

What screenings will have panels and receptions?

When and Where are the Parties?

Besides screenings, parties and panels, what else is there?

Here are some other events that caught our eyes: 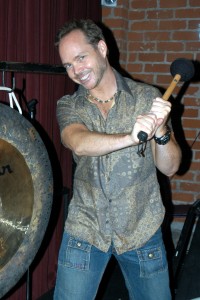 See outrageous videos from the audience. Attendees are encouraged to bring clips of their “funniest, most shocking, weirdest clips (under three minutes) to be shared.” Who knows, your clip could win a prize.

Some of today’s leading figures from the  world of animation – including Dean DeBlois (director of “How to Train Your Dragon 2”) , Suzanne Buirgy (producer of “Happy Smekday!”) and Jay Redd (visual effects supervisor of “Men in Black 3”) will discuss the industry’s openness to diversity, the queer subtext of classic Disney plotlines and the future of animated films aimed at a non-kid market.

Family Fun at the Village: The Croods

Tailored for kids and their parents, this event includes juice and cookies, face paint, interactive games, a moon bounce and a screening of “The Croods.”

A panel of LGBT horror creatives, including Outfest Achievement Award honoree Kimberly Peirce and Bryan Fuller (creator of NBC’s “Hannibal”) will discuss the genre, examine the link between sexuality and terror and discuss the future of horror cinema.

A “Nazi Punk” and the Gay WeHo Victim Who Forgave Him

10 Things You Can’t Miss at Outfest

5 Films Playing Under the Stars at Ford Amphitheatre