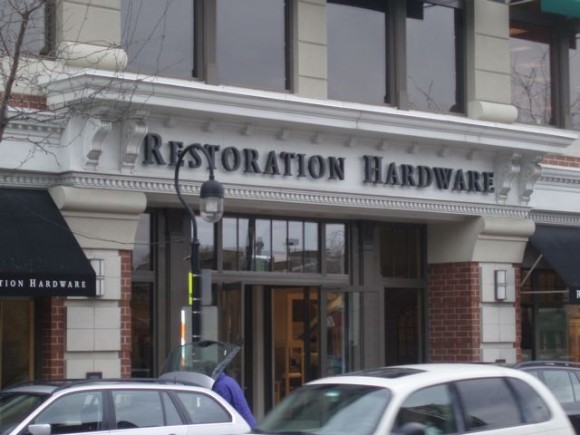 The West Hollywood West Residents Association (WHWRA) has asked the city to deny proposed changes to the design plan for the Restoration Hardware project at 8564-90 Melrose Ave. at Westmount.

In a letter sent to the West Hollywood council members on Thursday, Kimberly Winick, vice president of WHWRA, lays out the association’s concerns with the latest version of the project, which has been contested by the association since 2009 when it was first introduced as a mixed-use project.

“None of the changes being proposed are minor,” Winick said. “They are significant changes, which need to be studied, reviewed and discussed by the proper review authorities — meaning the Planning Commission, the City Council and the public.”

Restoration Hardware held a reception on Monday, July 8 and provided a preview of its latest design.

The project was previously planned to be a two-story, 35,000-square-foot building with 130 parking spaces on two underground levels.

“The architectural features bring the height of the project to over 55 feet in a commercial area and a residential neighborhood where the zoning code (without special bonuses) permits 25 feet,” Winick said.

The association also takes issue with the addition of a roof deck.

“The addition of the roof deck might result in various environmental impacts, such as noise, light trespass, additional traffic, etc. This has not been studied, reviewed or discussed by the proper review authorities,” Winick said.

While the project was originally approved in 2009 as a mixed-use project (half retail, half wholesale), it is now entirely retail.

In early January, the neighborhood association was denied its petition to stop the construction project.

The association has contended that critical details of the project were switched at the last minute and that the project should require an environmental impact report (EIR).

WHWRA had hoped to stop the city and project developer BMB Investment Corp from moving forward until the proper studies had been carried out, and the project was scaled down. The project received a bonus, allowing it to go over the area’s zoning height limit. The association contends that the latest design plan removes a ground level courtyard, which was the “public benefit” required to receive the bonus.

An EIR was never done because the project was originally granted a “negative declaration,” a finding by a city council that a proposed development would have no effect on the environment.

Hey Rudolph, Im waiting for that ‘ad hoc’ committee on campaign reform, 6 months, its due in September. Lets see what happens… Remember that vote.. we couldnt get a unanimous decision to ‘talk’ about campaign reform. What-ever happened to PROGRESSIVE GOVERNMENT>

but no, larry and professor, you are wrong: a few months ago mr. duran informed all of us that large financial contributions from out of town developers to his campaign and other conflicts of interest (his campaign manager being the main lobbyist in the city) had no effect whatsoever on his decision making. so there goes your outlandish theory. i’m dying to hear a first report from our newly formed and completely unbiased special (in every sense of the word) committee (john heilman and jeff prang) on campaign reform. maybe wehoville can dig for a progress report, as they have… Read more »

Larry’s dead on. Fact of life in WEHO. The state needs to step in and see if campaign or fraud laws were violated too. Duran is one of the 3 cancers on the board, and that majority means death to WEHO.

Well. they need to stick by the rules.. and the height limits and that the approval was granted for a 50% retail.. but the owner of the property made generous campaign contributions to John Duran so maybe he feels he is entitled to stretch the rules… because nobody will stop him including the city council.

I think the Association has to realize they live smack dab in the middle of the design district and they can’t NIMBY every project that comes their way. If it is true that the latest design has eliminated the courtyard that got the developers the bonus, however, then the project’s design should go through the whole review process once again and the bonus should be taken away from them. That beautiful little neighborhood should not be immune from traffic and other woes like any other neighborhood though. With development comes change. Get over it and accept it. Times are changing… Read more »