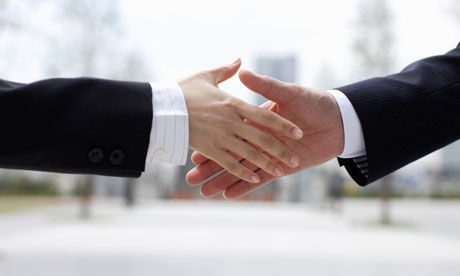 The City of West Hollywood has updated its registry of lobbyists, at least one of whom has sparked controversy by also managing the campaigns of City Council members before whom he represents his commercial clients. Many of the lobbyists, who must register with the city by the end of May each year, are major donors to council members’ election campaigns. For the most part, the clients are not locally owned businesses but real estate developers looking to gain council approval for projects in West Hollywood.

The City Council agreed in March to form an ad hoc committee composed of council members John Heilman and Jeffrey Prang to examine issues related to lobbyists and their involvement in political campaigns and report back to the council in September. That agreement came after Heilman introduced a resolution that would prohibit lobbyists from serving as campaign consultants. Councilmembers John Duran, whose recent re-election campaign was managed by lobbyist Steve Afriat, and John D’Amico abstained from that vote.

The lobbying firm with the second largest list of clients with West Hollywood interests is the Afriat Consulting Group, whose principal, Steve Afriat, has been involved in the management of campaigns of all current West Hollywood City Council members except for John D’Amico. Afriat lobbyists registered with the city include Steve Afriat, Aaron H. Green, Christopher Bowen, and Jaime Rojas. Afriat Consulting is based in Burbank. Its clients with current issues or issues likely to come before the City Council include:

Other lobbying firms and their registered lobbyists and clients include:

Gene Smith and James Litz of West Hollywood, who represent United Valet of Culver City, a parking service, in its effort to obtain parking use permits, and Urth Cafe of West Hollywood, which is attempting to get permission to expand its restaurant on Melrose Avenue at Westmount.

Marathon Communications of Los Angeles, whose registered lobbyists are Richard Lichtenstein and Brian Lewis. Marathon has been engaged by Beverly Blvd. Associates, the entity comprised of Townscape Partners and Angelo Gordon & Co., a New York City investment firm that owns 8899 Beverly Blvd. Another client is Avalon Bay Communities of Newport Beach, which has engaged Marathon for help in its effort to build the Movietown Plaza project on Santa Monica Boulevard.

Mark R. Edwards Consulting Group of West Hollywood, which is representing residents opposed to the proposed redevelopment of 8899 Beverly Blvd.

Wayne Avrashow, an Encino lawyer, who represents Joseph Shooshani in his effort to get city approval of a mixed-use development at Sunset Plaza at 8410 Sunset Blvd. east of Olive.

It is proof that we have the best that the 1 percent can buy!

How about the unofficial nomination of Chloe Ross, Todd and Rudolf to form a CAMPAIGN FINANCE & ETHICS REFORM… NOW ! mission asap with plenty of time to get your teeth into it and chart progress before the next election. Sounds like you all could handle such a task..

Rudolf – I misspoke. They did indeed. Maybe the South Boston Mob would have been a better choice

CORRUPTION in the city of West Hollywood. You think……..
If it were any more obvious it would bite you in the………

chloe, the sopranos had a code of ethics!

Todd Bianco, you are right on target. well said.

I think the residents’ interests are represented proportionally with their contributions to re-election committees and PACs and those are negligible compared to the money received from out-of-town special interests.

Other cities (i.e. San Francisco) are much more progressive than us. But we won’t get reform unless we demand it. Campaign finance and ethics reform NOW!

A small town of 35K residents with a five member city council and this is the lobby list. I would more appropriately title it a Special Interests list that precludes the residents because I don’t have a lobbyist and as far as I know, the Blighted East Side has only a task force – not quite the force of a lobbyist who is paid (and very well) to advance the special needs of special interests. Reading this list – and it made for some thought provoking reading – invokes the antics of that beloved TV family – The Sopranos. Can’t… Read more »

While it’s not shocking to see the extent of lobbying done in West Hollywood, it is interesting to see the laundry list of moneyed interests doing business in (and with) the City. It also begs the question as to who represents the interests of the residents? It’s supposed to be our elected officials, but I fear that like Sacramento and Washington, big business with deep pockets run the show and make profitable deals with the government. If citizens are considered, it seems to be an afterthought. I’m impressed with Jeff Seymour who seems to keep a relatively low profile when… Read more »