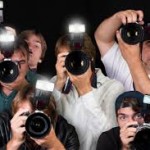 West Hollywood City Councilmember John Duran will assume his favorite position Thursday — facing TV cameras — while he pours water from a Stoli vodka bottle down a WeHo gutter in front of Micky’s. At his side will be Councilmember John D’Amico, elected as a reformer but increasingly acting as a Duran acolyte. (The D Team is pouring water instead of vodka, by the way, because it is illegal to pour alcoholic beverages into the gutter.)

Putin is an undeniably despicable homophobe. He has signed a law that bans gay couples from adopting Russian children. He also has signed a law authorizing the arrest of tourists or other foreigners suspected of being gay. And he has approved legislation that labels materials advocating same-sex rights as pornography.

But we don’t think having the D Team pouring water out of a Stoli bottle on a West Hollywood sidewalk is going to get Putin’s attention, no matter how many bored local TV producers send a camera crew. For one thing, in this increasingly global economy, hundreds of U.S. companies sell products made in Russia or use Russian companies to provide essential services. Among them are Cisco, Sun Microsystems, Intel, Boeing, Siemens, Motorola and Lucent Technologies (by the way, it’s also illegal to junk your Motorola TV in the street). Outsourcing companies such as EPAM provide valuable technology or customer relationship management services to U.S. banks, hotel companies, retailers and media companies.

We’d prefer to see our elected leaders give their attention to issues where they can make a difference – like cleaning West Hollywood’s soiled reputation for campaign finance and council ethics. Enacting a local ordinance to bar their election campaign managers from lobbying them on behalf of outside-WeHo commercial clients? Or an ordinance that would require a council member to recuse himself from a vote on an issue involving one of his largest financial backers? Or maybe an ordinance that would require City Hall to make campaign finance reports available to local residents through a digital download to make it easier to analyze who is giving what to whom? The need for that work will be more evident Wednesday — the deadline for candidates to file their final campaign donation statements for the March 2013 City Council election. If history repeats itself, we’ll see that thousands of additional dollars from outside business interests will have flowed into the coffers of incumbent winners Duran and Prang.

We know enacting such legislation isn’t going to get the boys at Micky’s all excited. And it probably won’t have KTLA, KTTV and KCBS trucks lined up outside City Hall. But it will be an important step toward cleaning up WeHo’s reputation as the Chicago of Southern California.

Hank, you get my vote! And feel free to hang a sign in my window. Gutsy reporting. Your the true reformer.

This brings to mind the French Fries boycott and “Freedom Fries” brought to the US Congress cafeteria a few years ago. I cannot imagine a sillier way to address homophobic laws in Russia.

Why just Stoli? They act like Stoli is the only Russian Vodka. When in fact, Stoli isn’t even made in Russia. The whole thing is ridiculous. As I stated before, and Hank states in this article, the whole thing is a PR stunt. However, I am very disappointed that D’Amico is participating. We all know Duran will do anything to get in front of cameras.

Many voices of common sense here.

This is also very bizzare that a city with a famously large Russian population is doing nothing more that bashing a Russian “product”. If the City were into civil justice I would rather them host a joint Russian/Pride event. Maybe ban all news coverage of Edward Snowden from the City (the hacker currently selling our data to Putin).

Looking forward to the GLAAD/Human Rights Campaign press conference where they return the donations they have received from Stoli.

I suspect that if Good Ol’ Vladdie discovered the West had outlawed smiling, everyone in Russia would be made to have a grin on their faces.

It does a body good to realize that some literate, eloquent voices – besides the residents of the Blighted East Side, have the backbone to call out time wasting, publicity seeking idiocy that further depicts WeHo as the silly, gay friendly capital of the world. It further illustrates just how important the imbibing of vodka is in town. Why be so choosy? As the article mentioned – there are dozens of companies that do business with Russia. The paramount importance of an alcoholic beverage as a symbol of WeHo West’s rage is fascinating. At the same time we have –… Read more »

Hank, Can you let us know what time this is happening? Regardless of the motivation, press related or otherwise, who could resist any opportunity to say F.U. to Putin? I want to be there! Americans and the free world in general should boycott Russian made products whenever possible until Putin is a thing of the past.