Wondering what all the sirens were about this morning?

Two “detonated” bombs were to blame along San Vicente Boulevard in West Hollywood — but no need for panic, it was only a drill.

More than 200 people, including personnel from the Los Angeles County Sheriff’s Department and LA County Fire Department, and members of the City of West Hollywood took part in an emergency drill on Wednesday, one that included two simulated bomb blasts and 50 injured patients. San Vicente Boulevard was closed off between Santa Monica and Melrose boulevards while the simulation was carried out between 8 a.m. and 2 p.m.

“We are having the drill as a continued commitment of teamwork and community between the LA County Fire Department and City of West Hollywood,” said LA County firefighter/paramedic Ryan Fogg. “This allows us to hone our skills in mitigating a multi-casualty incident (MCI), as well as teaming with West Hollywood to make sure they keep services going during a major disaster.”

“Two-thirds of this tests whether the city is prepared,” said Fogg. “We see what they did right and wrong.”

While the fire and sheriff’s departments were aware of what was going to happen, West Hollywood staff members were not given any prior information, and had to react as the emergency developed.

The drill included an initial “bomb blast” early in the morning, and then a second shortly thereafter.

The drill included clearing the West Hollywood Library and swimming pool, treating and transporting patients (15 of whom were critically injured) and addressing both broken water pipes and down electrical wires.

While the fire department does MCI drills annually, usually they involve around five fire stations and are done in-house, without including city officials.

“We’ll be throwing major problems at the city members to see how they react,” said Fogg. 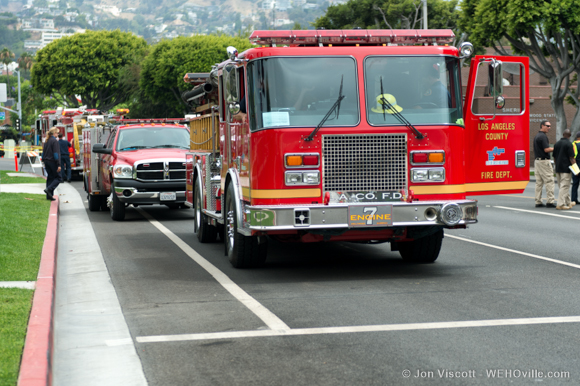 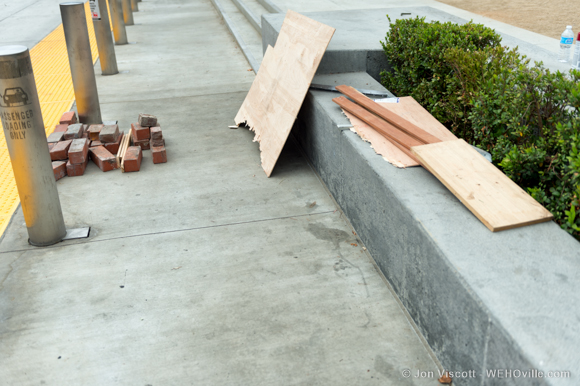 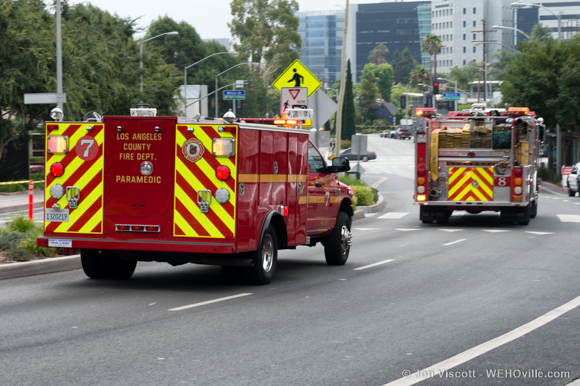