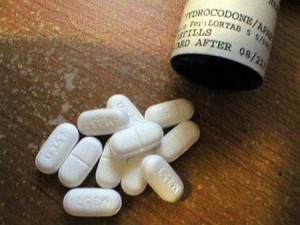 A West Hollywood doctor who wrote more than 1,200 prescriptions for powerful painkillers after his authority to prescribe those drugs was revoked pleaded guilty today to a federal charge.

James William Eisenberg, 72, of Venice entered his plea to one count of distribution of hydrocodone, the generic drug found in brand-name products such as Vicodin and Norco.

Eisenberg was named in an indictment filed in May, charging him with four counts of using a revoked U.S. Drug Enforcement Administration registration number and three counts of distribution of hydrocodone.

Prosecutors contend Eisenberg wrote the prescriptions in exchange for cash payments while he worked out of medical offices in West Hollywood, including a Santa Monica Boulevard storefront he called Pacific Support Services. He also issued “medical marijuana” recommendations from the West Hollywood locations, according to court documents and DEA records.

In December 2011, a DEA administrative judge determined that Eisenberg acted as a “drug dealer” and suspended his registration number. The DEA issued an order permanently revoking Eisenberg’s registration in July 2012, according to the U.S. Attorney’s Office.

Two and half years in prison for writing over 1200 prescriptions illegally?