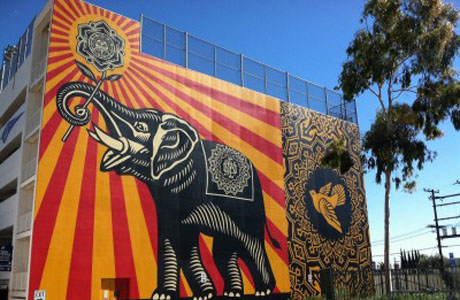 For the past year, the city’s parking credits program has allowed many new and expanding businesses on West Hollywood’s west side to fulfill city parking requirements by purchasing credits, each equivalent to one parking space and significantly cheaper than the alternative of leasing spaces at commercial lots.

However, with expanded parking meter hours taking effect on Sept. 3, West Hollywood has put a hold on issuing new credits until it can study whether the longer street meter hours will encourage more parking in city parking lots and garages and more turnover at metered parking spaces. If significantly more people are parking in public lots, the city will reduce the number of parking credits that can be sold.

In the meantime, local businesses eligible for the program could run into greater difficulty and steeper costs in trying to satisfy the city’s parking requirements.

Buying credits has given some businesses a way to fulfill the city’s parking requirements. Jackie Rocco, who manages the parking credits program, said that the city couldn’t simply waive those requirements because there are costs (such as staff time) associated with managing parking.

Rocco, parking operations manager with WeHo’s Department of Public Works, also noted that revenue from parking credits supports the city’s parking improvement fund. That fund is used for upkeep and repair on public parking facilities as well as the construction of new parking facilities.

Scott Schmidt, a former parking commissioner, has criticized the city’s meter plans and suggested that it is motivated by the need to raise money for the library and City Council chamber. According to the webpage for the city’s $65 million 25th Anniversary Capital Project, which included the library, “debt service on the bonds will be paid from the City’s Parking Fund revenue.”

The parking credits program has been lucrative for the city, which gets substantial revenue from parking fees and fines. City records provided to WEHOville indicate that the credits program has collected $290,500 in revenue; expenses related to the program total $85,316.

The parking credits ordinance established a pool of 906 spaces, located at various public lots and garages as well as public spaces offered at the Pacific Design Center’s Red Building. The idea behind the program is that these lots and garages are underused, and they can provide a place for the patrons of nearby businesses to park. Participating businesses are encouraged to direct their customers to the public facilities.

Each participating business paid a one-time $650 application fee and continues to pay an annual fee that started at $375 per credit and is adjusted each year. The businesses don’t get reserved spaces, and their customers still have to pay to use the parking facilities. The credits are just an alternative way for them to meet the requirement that they provide a certain number of parking spaces.  For a business that needs to meet its parking requirements, buying one credit is the equivalent of having or leasing one parking space.

The number of credits that can be sold, however, is not equal to the number of physical spaces. Instead, it depends on how crowded the facilities get.

The goal is for there to be enough open spaces that drivers don’t go in circles looking for a place to park. On the other hand, facilities that are too empty may encourage drivers to pass up good spaces due to the perception they can find an even better space.

The city can sell new parking credits as long as the percentage of spaces being used, or the “occupancy rate,” does not exceed 85 percent. The city did not provide a goal for a minimum occupancy rate; Rocco said that would depend on what the city observes as it gathers data about the program.

The parking credits ordinance calls for the occupancy rate to be assessed every six months. However, the first such study was not done until April 2013. Rocco said the delay was due to construction of the PDC’s Red Building, which accounts for a significant number of the spaces in the parking credits pool.

The city hired Civic Enterprise Associates to survey the parking spaces in the pool on a Thursday and Saturday night. The occupancy rates peaked at 61 percent on Thursday night and 53 percent on Saturday night — well below the 85 percent ceiling.

In fact, the study found that the pool had the capacity to absorb another 216 cars. However, the city is not making credits available because of the meter changes and because some of the businesses with parking credits (such as Cooley’s and The Horn) haven’t yet opened. Both could affect the occupancy rate.

“We don’t know how parking demand and use will change,” Rocco said. “We are proceeding cautiously.”

According to Rocco, the next occupancy study will take place in late 2013 or early 2014. If that study does not support making new credits available, the businesses that already have credits will still be able to renew their existing credits.

Schmidt has alleged that the city sold more credits than authorized. Rocco, who pointed to the low occupancy rate, denied that claim. The city did not provide documentation about how many parking credits were initially authorized or how that number was calculated, though Rocco said the city knew the occupancy rate when the program started.

Parking It in WeHo

Adrian Gallo, an associate planner in the city’s planning division, said that securing parking can be challenging for businesses. Without the option of buying parking credits, new or expanding businesses will also find it much more expensive to satisfy the city’s parking requirements.

Businesses could theoretically meet the parking requirements by creating new parking spaces, but that’s something the area doesn’t have a lot of room for.

A more feasible option is to lease parking spaces at a commercial lot. That option costs about $1,800 a year for each space, 380 percent more than the annual cost of a city parking credit after the application fee has been amortized.

In addition to the issue of cost, there is the issue of availability. Business owners must find lot operators with available spaces that are in close proximity (400 feet) of the storefront. (An exception is businesses with valet parking, which can have spaces farther from their doors.)

In the past, the city allowed businesses to pay an “in-lieu fee,” but they were costly — about $20,000 per space. Not surprisingly, the parking credits ordinance noted that the in-lieu fees had “limited application, with only a small number of businesses using them.”

Are parking credits just a way that city hall on their own created a way for over development in the city, side stepping the zoning on the books?

And allowing more over building in weho?

Were parking credits going to be sold in the plummer park parking lot plan?

Is the parking problem in WEHO because the city hall and city council have slowly sold away the urban village to the biggest donator to their campaigns. ?

LOL! Remember that sign that read, “PLAN AHEAD” and the AHEAD slanted down and off the page???