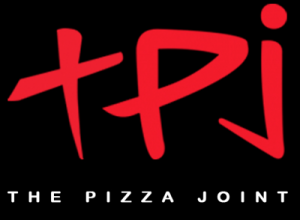 Soon, club-goers can fuel up on “Italian authentic artisan pizza.”

The Pizza Joint is currently in the works for a space next to Five Guys and Gym Bar.

No other details are available at this time, but, with the addition of TPJ to Santa Monica Boulevard, we officially declare a “Pizza War.”

Already popular with the party crowd is Z Pizza, at 8869 Santa Monica Blvd., right next to Rounds burgers. And in July, Fresh Brothers, a Manhattan Beach-based pizza chain, announced it’s arrival at 8613 Santa Blvd., below the Trader Joe’s grocery store.

And if you’re willing to venture over to La Cienega, there’s always Vito’s Pizza, a hit with WEHOville.

I hear this pizza restaurant is using wood burning clay ovens and will be a very trendy place to dine out with good jazz & lounge music as well as various starters like mussels and rock shrimps and desserts. You can make your own pizza just like chipotle and subway but with pizza at a great value for money too. it has a theme of venice in Italy to it. I have been to their other location in England. Lets wait and see.

Rewarmed pizza: Fresh Brothers, which opened within the past week, is in storefront that a few years ago housed a Pizza Hut.

Forgot to mention Pizza Rustica and Domino’s Pizza nearby all these as well.