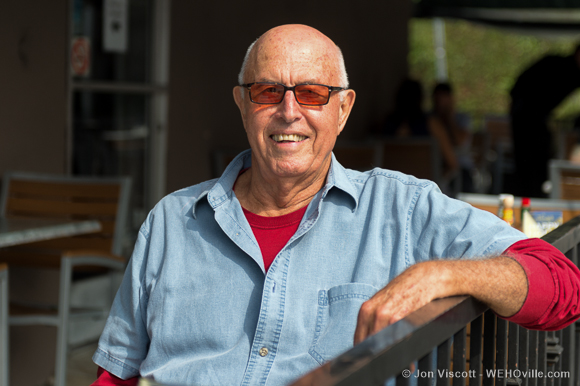 If you’re lunching with Phil Gittelman, there’s probably no need to ask where he wants to go. For this septuagenarian foodie, Hugo’s is the place where everybody knows his name (though they shorten it to “Mr. G.”). Gittelman, a personal manager, has dined at Hugo’s West Hollywood location, 8401 Santa Monica Blvd. at Kings, almost daily for more than three decades. WEHOville recently asked the culinary enthusiast about what his ideal Saturday in West Hollywood would include (beyond the obvious stop at Hugo’s) .

1) Where in West Hollywood are you likely to go for a Saturday brunch or lunch (other than Hugo’s!)?

Bossa Nova: Their chicken scaloppine in a pink sauce is a definite must.

Le Petit Four: Their 1/2 chicken on a bed of sautéed cabbage is a sure hit. Eating outside on Sunset Boulevard is always fun.

Cafe D’ Etoile: The martinis are great, especially when you use Chopin vodka. Don’t miss their lemon basil linguine and jumbo scallops.

Kitchen 24: Yes, it’s open 24 hours. Music on the inside is much too loud for me, but their ‘home skillet’ entree is worth enjoying in the patio.

WeHo Bistro: Love the food. They have included in the menu “the surprise,” which is one of the best restaurant menu shticks I have ever seen, and worth consuming.

2) Where in West Hollywood do you like to shop?

3) If a friend is coming to visit, what would you recommend he/she do on a Saturday in WeHo?

Breakfast at Hugo’s, lunch at Joan’s on 3rd, go to Cake Mix and create a signature confection and visit Sunset Plaza area for curios to take home to friends and family.

4) What former WeHo restaurants do you most miss visiting on Saturday? Why?

Mirabelle’s. I’ve known George (Germanides) and his wife since they first opened some 40 years ago. Their excellent food and conversations are gone forever.

The Source. One of West Hollywood’s first vegetarian restaurants with homemade soups never again seen in WeHo. If you ordered one bowl of soup you could have a never-ending flow of as much soup as you wanted free of charge.

5) OK, we lied about not asking about Hugo’s. What is your favorite memory of the restaurant?

Knowing so many generations of the Hugo’s family over the past 33 years has been a tremendous joy for me.

But one dinner at Hugo’s is etched in my memory. It was so busy that night that “Eves,” the waiter, was having dinner in the rear of the dining room. I heard the front door open and a voice said, “Do you have any beer?”

I turned to see who was there and to my surprise it was Paul Newman. The door opened again and in walked the lovely Joanne Woodward. The waiter nearly choked on his food.

It was that moment I realized Hugo’s would become a popular haunt for celebrities and luminaries. 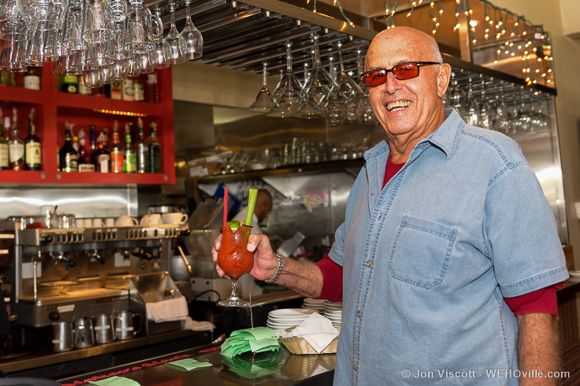 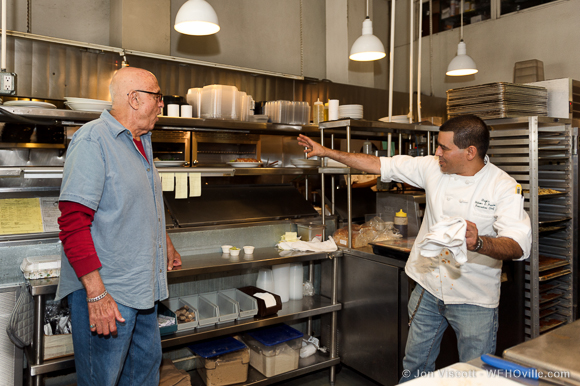 They call me a ‘septuagenarian foodie,’ a ‘gourmand,’ ‘an epicurean’ and ‘a person of interest’ when it comes to the world of ‘food intake.’ It is with ALL this in mind I must present this case to my dearest of friends of upper management at Hugo’s. It was just last tonight, as I finished my third grilled cheese sandwich on sourdough bread, with cheddar and mazella cheese, with sliced tomatoes and grilled onions, only to learn that this would be my last evening of enjoying this incredible sandwich which is about to be removed from Hugo’s menu. I besiege you… Read more »

Food by way of Hugo’s & Phil …a perfect match made in WeHo heaven any day of the week.

He’d eat the menu if you let him. And why not.

If you can’t eat it, it will serve no purpose to Mr.G.

Oh Phil, you were made for Hugo’s or Hugo’s was made for you.

Gee, if I cannot profane, insult or slander Phil, what else
is there to write about? Ha ha.
Hope to see you this Sat at the screening of RUSH. We’ve
seen it; it is excellent.
Peace and Love,
Jana and Ken
p.s. Who is Davey Wavey? Sounds screwy dewy.

Love you, Phil! Keep on dinning with gusto! Mo