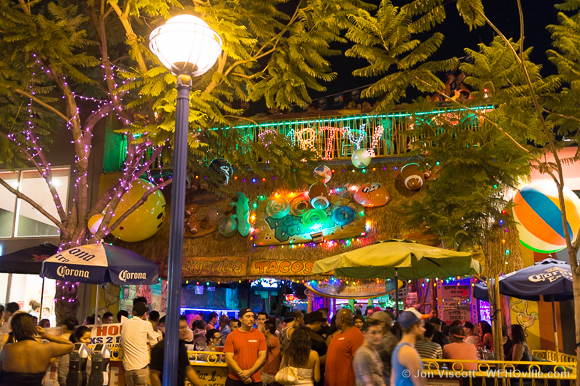 The lawyer who raised a firestorm in West Hollywood’s gay community with a civil rights suit against gay bar Micky’s, a popular Boystown club known for its go-go dancers and male strippers, has also filed lawsuits against two other gay establishments, WEHOville has learned.

“Gay establishments should be held to the same level of accountability as any other establishment,” said Krupnick, a 34-year-old gay attorney specializing in employment and personal injury law who graduated from the Pepperdine University School of Law. “Any company that breaks the law with regards to their employees has got to be held accountable.”

“… When a client comes to me and tells me about horrendous, horrific wrongs they’re going through in their workplace, I don’t care if it’s a gay club or a straight club. If there are egregious things going on, I will take the case assuming I find it to be meritorious.”

In the suit against Kahuna Restaurant Group, owner of Fiesta Cantina, a former bartender who is gay, according to Krupnick, and who worked at the restaurant for eight years (court documents show his name is Jordan Shannon) alleges that Michael Bazera, one of the three Kahuna owners, asked him to bartend naked. Shannon also alleges Bazera and other managers sexually harassed him.

The lawsuit states that, due to comments from employees and customers that he should bartend naked and show off his penis, Shannon felt “he was only employed for and valued as a person based on his looks and penis size.”

The lawsuit alleges one general manager asked Shannon to get liquor out of the liquor room knowing he would see another manager having sex. Shannon also claims a general manager would often touch him inappropriately, and that Bazera often asked him, in a manner that came across as an order, to bartend shirtless.

In addition to Fiesta Cantina, which is located at 8865 Santa Monica Blvd. near San Vicente, Kahuna owns Cabo Cantina on Sunset Boulevard and several other Southern California bars and restaurants catering to both gay and straight customers. Shannon’s suit charges Kahuna with wrongful termination, discrimination, retaliation and intentional infliction of emotional distress and negligence. The lawsuit, filed in October 2012 in Los Angeles Superior Court, is currently scheduled for a court hearing in May 2014. 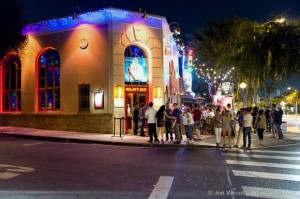 In the suit against Eleven owner Richard Grossi and Eleven LP and 8811 LLC, companies controlled by Grossi, seven former employees allege the nightclub didn’t provide required breaks, failed to pay penalties when late with back pay and wrongfully terminated them after their lawyers contacted Eleven.

Calls to Eleven and Fiesta Cantina for comment were not returned.

Krupnick’s suit against Micky’s, originally filed in July 2011 and scheduled for an October trail, has been postponed to January. When WEHOville published news of the Micky’s lawsuit in May, gay men in West Hollywood and around the country reacted angrily, some criticizing Krupnick and many arguing that sexually licentious behavior should be tolerated in gay bars. One WEHOville.com commenter even called for a demonstration in front of Krupnick’s West Hollywood office.

Krupnick said he knows publicity about these other suits will paint an even bigger target on his back among many in the gay community.

“I became the go-to guy at some point,” said Krupnick who reports he’s accustomed to threats as he received death threats in 2011 from homophobes for accepting the National LGBT Bar Association’s prestigious Best LGBT Lawyers Under 40 Award. “I’m not pursuing these cases. They’re approaching me. They’re coming to me because they’ve heard about the Micky’s lawsuit. I’ve also turned down as many [gay] cases as I’ve taken.”

Krupnick said gay clients make up only about 15 percent of his practice and notes that it likely wouldn’t be that high a percentage except that Lambda Legal Defense Fund and other lawyers often refer potential gay clients with workplace cases to him.

“I’m not suing gay people,” he said. “I’m suing companies, some of which gay people are involved in or own. Those companies happen to run gay establishments.”

Among his cases that don’t have a gay connection, he is representing eight people suing Walmart on charges including age discrimination, retaliation and wage disputes. He also is representing seven sheriff’s deputies in a wrongful termination case against the Los Angeles County Sheriff’s Department.

If he was a horrible bartender, maybe he SHOULD have been fired. I work for an organization which requires us to attend harassment training every two years, and it’s very serious business. Everyone deserves to work in a harassment free workplace. Imagine you are told by your boss to allow a client, who you may find grotesque, to grope you and that you should work naked. Often people put up with harassment due to fear of losing their job. Unless you’ve been there, don’t be so quick to criticize the parties in this lawsuit.

Michael T, have you ever been to Fiesta Cantina? i think not! They did not ask him to work naked, for pity sake, however, in the summer, many of the servers do take their shirts off. Please, it is the same at all the bars and clubs. Anyone working there would know this going in. Harassment, Hah!

I obviously can’t speak to the allegations, but Jordan was singlehandedly the worst bartender at Fiesta… taking his sweet time and choosing only to serve the hottest customers. He should have been fired years ago… hell I should sue HIM for discrimination!

Did you hear about the masseuse who got a big pay-out from Burke-Williams recently who was offended that a couple of guys exposed themselves (they denied it happened), and because B/W wouldn’t let her wear a shower cap on the job. Please!

We have WAY, WAY too many victims looking for a quick buck, and lawyers like Krupnick nurture that. I have a hard time believing a lot of what I hear about workplace complaints like these. Let’s just make all these fun bars (for most people) as bland as an Applebees
in Omaha, and WeHo more like Encino!

Attorney Krupnick should be commended for his integrity, demonstrated in part by not discriminating against non-homosexual plaintiffs and not mindlessly favoring gay defendants or LGBTQ-focused venues. To all those who would protest or whine, consider how incensed you become when you believe YOUR rights have been even slightly abridged. We have very often been a community that leads the rest in social change, which implies that we should also hold ourselves to the highest standards of a hoped-for social contract by which we free Americans live our lives. How refreshing it would be to witness a throng outside a venue… Read more »

Here’s hoping Officer Krupnick is at minimum glomming dates off these suits….For no apparent reason except synapsis junk, this reminds me of a great old hooker bar in Manhattan that the ABC closed down about a decade ago…The beverage enforcement folk posted a sign on the door that said, “Closed for serving alcohol to minors”. Some dandy wit posted his own sign just below….”Closed for selling minors to alcoholics”. Still cracks me up!