Previously unseen design renderings of  Townscape Partners’ plans for the 51-year-old ICM office building located at 8899 Beverly Blvd. near Robertson are up on the developer’s newly launched website.

Townscape’s plans include expanding the building, converting it into 56 residential units and adding underground parking. The plans also include building 13 townhouses opening onto Rosewood Avenue, a pool/recreation center and a building with four affordable units for moderate-income tenants (between 80 to 120 percent of Area Median Income).

WeHo’ans who live in the area expressed concerns about the enormous expansion project at a “scoping meeting” that was held in August. Neighbors of the project raised concerns about dust, noise and traffic as well as drainage and plumbing.

The 8899 Beverly office building, commonly referred to as the ICM building because talent agency International Creative Management once had offices there, was built in 1962. It is known for its distinctive balconies and Mid-Century Modern style and has one level of underground parking. Facing Beverly Boulevard, it sits between Robertson Boulevard and Almont Drive.

See the newest renderings below: 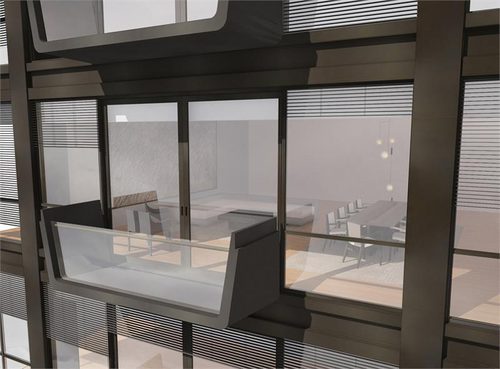 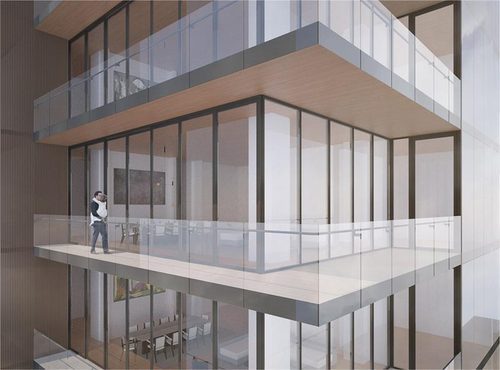 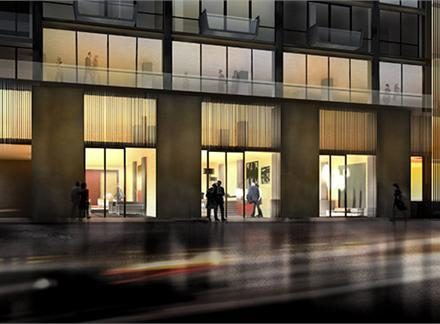 Correction: A previous version of this story incorrectly reported old details of this project. Since April, the project has consisted of 56 condominiums at the office building and four units of affordable housing on Rosewood Avenue.

Beautiful & exciting. So much better then what is there now!

Isn’t it interesting that they are only showing renderings from the Beverly Blvd. side. The neighbors and others in Weho are quite concerned about the massive expansion of the building on the Rosewood side and the impact it will have. What the developers are trying to do is essentially build a new building which does not conform to the General Plan by adding it to another building which did not conform to the General Plan. Sadly, they will probably get away with it.

Yes, it is boring and drab.