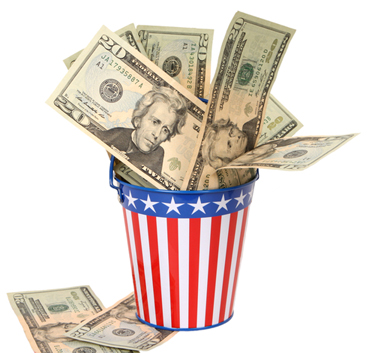 When it comes to taking action on one important issue, the West Hollywood City Council is beginning to look like the U.S. Congress.

It was March 18, eight months ago, when Councilmember John D’Amico curiously objected to a proposal by Councilmember John Heilman that would have barred election campaign managers from lobbying the city council, serving on city boards and commissions or holding city jobs. Clearly Heilman had in mind Steve Afriat, who has had a hand in the campaigns of all council members but John D’Amico and who lobbies the council on behalf of its business clients.

Instead of acting on the proposal, the council formed an ad hoc committee to come back in six months with recommendations on the issue and other campaign reform items. D’Amico, who ran for office as a reformer in 2011, declined to vote on the measure. Neither did Councilmember John Duran, D’Amico’s voting buddy on most major council issues. D’Amico said the Heilman proposal was aimed at his council deputy, Michelle Rex, who has managed campaigns in the past.

As of today, the ad hoc committee has missed its deadline by more than two months. Prang told WEHOville in September that he and Heilman have been too busy. ““We haven’t been able to find a mutual time in our schedules to meet,” he said. “Working full-time, and on other projects, it’s hard to find time.” Heilman said: “We plan to meet. Our city staff is working on several issues they wish to bring to the committee. We will likely meet later this month.”

Well, instead of continuing to criticize, WEHOville wants to help these undeniably busy folks. So we spent 45 minutes before dinner Sunday cobbling together a proposal from San Francisco’s campaign ethics and finance laws. If City Clerk Corey Schaffer and City Attorney Mike Jenkins want to save their valuable time in actually writing up the regulations, we’ve embedded links to the language of the San Francisco laws, obviously written with a lawyer’s keen eye.

San Francisco bars city vendors or prospective vendors from contributing to the election campaigns of its board of supervisors (its version of a city council) if the board member is likely to have to vote on a proposed contract with the vendor. That contribution ban is in effect for six months after a contract is approved, and it covers any member of a vendor’s “board of directors, its chairperson, chief executive officer, chief financial officer, chief operating officer, any person with an ownership interest of more than 20 percent in the party, any subcontractor listed in a bid or contract.”

This is an area where the West Hollywood City Council’s practices have been especially ugly. A WEHOville analysis of campaign donations in the 2012 election found many instances of donations from  companies doing business with the city and their officers. The council even extended the time it could solicit campaign money to nine months after the election date, reducing the risk to a business of backing a candidate who might not win. Councilmember Duran has argued that he, for one, isn’t influenced by donations from those who want to do business with him. We argue that vendors, being business people, don’t “invest” in projects that don’t deliver. And their long history of investing in the West Hollywood City Council suggests they believe they have been getting their money’s worth.

San Francisco has set a $500 limit on a personal donation to a particular candidate —  the same as that of West Hollywood. But, unlike West Hollywood, it also has barred contributions from businesses to individual candidates. Businesses may donate to so-called “independent committees.” But the limit on a corporate donation to such a committee also is $500, dramatically less than the $10,000 that Athens Services, the West Hollywood trash collector, gave to a committee supporting Duran’s re-election last March.

Also, the total donation by a company to all independent committees — those advocating on a particular issue and the supposedly independent ones supporting particular candidates — cannot exceed $3,000 in a calendar year. To keep the dodgier political scammers in check, San Francisco applies that limit to all contributions from any organizations controlled by any one individual. So you can’t set up three independent committees to get around the $3,000 limit. San Francisco also sets a limit of $15,000 on the amount of a loan that a candidate for supervisor can make to himself or herself.

So all this took us 45 minutes (well, maybe it actually was an hour). But we’re happy to do what we can to keep the Creative City from developing a reputation as the Corrupt City because of ethically questionable political campaign practices.  We hope the council, whose agenda has been burdened with resolutions on homophobia in Russia, discrimination in University of North Carolina dorms and the banning of circuses that don’t come here anyway, can find time to give this a read.

I initially proposed that WeHo adopt San Francisco’s campaign ethics and finance laws in my campaign platform which was released on Nov. 8th, 2013. Thankfully WEHOville.com is attempting to pick up the slack at city hall. Henry is truly doing the Lord’s work. #Vote4Lucas #WeHo

Great piece that real pulls the curtain back to why the WEHO Democracy is broken. With Payola run rampant and cronyism on public record in many current projects, the time has come to give our democracy a much needed restoration to the proper principal of the council doing the residents business versus the highest bidders business. It sad and disturbing to see Duran’s excessive use of out of town and business funds in the last election to keep his seat versus running a more honest campaign. To this day as well the video of him is pulling out a competitors… Read more »

This template is a terrific jumping off point. (Sad it needs a jumping off point, yet sobeit.) Without pissing on the potentates, I do thank you for doing just as the framers had in mind with that clever 1st Amendment. One charge of the Fourth Estate is imperative; to produce an informed electorate so we damn fools can make up our minds. We have to know about and at least pretend to imbibe the issues. Thanks for spending your hour mixing this drink for us! Bottoms up!

thank you, 45 minutes well spent. please continue monthly updates on this brilliant committee’s inaction. with award season near, they might be eligible for some kind of award?

ironically some of them are not too busy to send out repeated fundraising requests to a stunned electorate, claiming they can serve the public better in a higher (and much more lucrative) position.

and some of them just don’t seem to care…

Excellent article! You said it all ! Prang had time to have his first fundraiser before taking up the business we elected him to do. Duran is also running already for a new office. And both are leaning on their core supporters that are West Hollywood based or have influence in West Hollywood. Honest campaign reform when 2 voting council members are running for office? Both need millions for their race and i suspect will not limit the donations to local campaigns– these guys are in campaign mode—- instead of we just got elected governing mode. It’s time to Put… Read more »