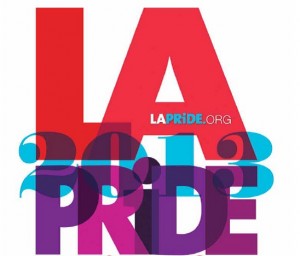 The West Hollywood City Council will consider Tuesday appropriating $150,000 to create a number of West Hollywood-oriented events and programs scheduled around this summer’s annual LA Pride parade and festival.

Under consideration for funding by the city are sporting and athletic events, arts and cultural events and education and history events. The city also will consider hosting a West Hollywood Pride event to kick off the annual LA Pride celebration, which includes a festival at West Hollywood Park from June 6 through 8 and a parade down Santa Monica Boulevard on June 8.

The request is the result of a series of meetings between council members John D’Amico and John Duran with representatives of Christopher Street West (CSW), the non-profit group that puts on the annual event, along with meetings at which the city has sought input from the public about LA Pride.

Over the past year the city has pressed CSW for improvements in LA Pride, which has been widely criticized for everything from the poor quality of the celebrities it engages to appear in the parade to its lack of focus on LGBT history and culture to the $20 ticket price for admission to the festival at West Hollywood Park.

While the council members and CSW board members have publicly described their meetings as positive, CSW has been resistant to many of the city’s recommendations. Sam Borelli, an influential CSW advisor, has characterized critics of LA Pride as “living in a West Hollywood bubble,” saying that attendees from other places don’t share the WeHo critics’ viewpoint. CSW’s resistence is evident in the report that will be presented to the Council on Tuesday, which summarizes its reaction to the city’s proposals for improving LA Pride. In a response to the council members’ proposal that the city hire a consultant to recruit top-quality talent for the event, CSW responds that it already has professional consultants, and that some top talent isn’t worth the money it would take to lure it. To the council members’ proposal that CSW involve more local businesses in the festival, CSW argues that it would be difficult for local businesses to staff a festival booth. In response to a suggestion that it offer more consumer goods at the festival, where the booths are largely devoted to selling food and beverages, CSW says “they don’t make money; people don’t attend Pride to shop.” CSW says that a proposal to extend the Pride festival grounds to the area in front of the MTA bus depot on Santa Monica Boulevard poses “financial, security and logistical challenges (that) probably are prohibitive.”

CSW has rejected the city’s request to rebrand the event as West Hollywood Pride, noting that LA Pride is a decades-old brand and that rebranding the event would reduce its appeal to a wider geographic area.

The city already sponsors One City One Pride, a series of events clustered around LA Pride that are focused on arts and culture. The additional funds, if approved by the Council, would allow the city to, in effect, create more of its own Pride programming. The proposal calls for spending $125,000 on such programming, with an additional $25,000 spent on additional security for LA Pride. It also says the city hopes to work with CSW to recruit a more prominent Pride grand marshal.

Although aside from tourists who make up the majority of attendance to L.A. Pride, I mean friends and other locals don’t seem to want to pay the admittance which is high) all of Los Angeles has been and still is segregated in gay and lesbian areas. Silverlake to me (lived in Weho 20 years) is like a completely different city, Down town Los Angeles has its own gay existence. Santa Monica used to but saying L.A. Pride to me makes me think its in the middle of Los Angeles. Of course its not, but yes as 90069 put it, it… Read more »

I do think that LA Pride and a WeHo Pride can coexist. Maybe that is what is needed to freshen things up.

If indeed it happens, it is a terrific move. A city expanded ownership of Pride during the month beyond what CSW executes should be entertained for a number of reasons: Greater diversity celebrated, increased tourism and retail revenue and it leaves the folks at CSW to focus on improving and executing the assets they already control. In a recent conversation with the new CSW Co-President, he seemed all for this city powered augmentation. The bitch will be to create a pure process for developing new content and not have it become a political football seeped in personal preferences. Anyway, good… Read more »