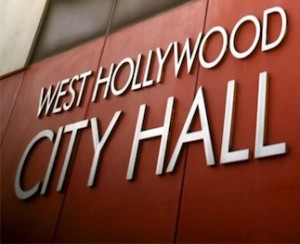 The City of West Hollywood’s Public Information Office issued a statement this evening about the shooting death of John Winkler on Monday at an apartment building on 939 Palm Ave. Winkler was shot by a Los Angeles Sheriff’s Department deputy who was responding to a report that a resident of the building was attacking another with a knife. Winkler was a victim of the attacker and not the assailant.

“The City of West Hollywood is deeply saddened by this tragic shooting and extends its sympathies to friends and family of Mr. Winkler,” the statement said. “We are a close-knit and compassionate community and many of us are shocked and may be traumatized by this news. As we grieve together, the city is urging people who need counseling to seek support through the Maple Counseling Center at (310) 271-9999.  Maple Counseling, which is located near Wilshire and Doheny boulevards in Beverly Hills, offers low-cost, high-quality mental health counseling services to individuals, couples, families and groups. Clinical staff is available to provide counseling sessions to West Hollywood community members who have experienced trauma following this week’s shooting and stabbing incidents. All services are provided on a sliding-scale basis, and no one will be turned away for lack of ability to pay.

The death of Winkler, 30, who recently moved to West Hollywood from Seattle, has provoked expressions of outrage from some city residents who are saying that the deputy sheriff who shot Winkler acted precipitously. The deputy has not been identified. Winkler and another victim, who was shot in the leg, were shot as they were fleeing an apartment occupied by Andrew McDonald, 27, who has been arrested on charges of murder, attempted murder and torture for attacking Winkler and two other men with a knife.

That Winkler’s death occurred ten days after the stabbing death in the same building of Dr. Kurtland Ma, 34, who also recently moved to WeHo, has further alarmed residents of the building and West Hollywood. Ma’s boyfriend, Andre Davids, has been charged in his murder.

The statement said the city “will refrain from providing additional comments at this time. The city will await conclusive information at the end of the multi-agency review.”

90069 – not sure what you issue is, but I have zero relationship with the LASD or their union. I have been a poster here for a few months.

It’s OK to disagree without being disagreeable. You’re points will be conveyed better if you treated your fellow posters, even if you disagree with them, with respect, like I do.

Compare the Sheriff incidents in West Hollywood to the likes of BH, Santa Monica, Pasadena or Burbank…enough said. There is a reason the entire LA County Sheriffs Dept is under investigation by the US Justice Dept.. And for you information Mel, if “ordering take out” took 30 years than I would suggest find another place to dine. City Council failed to form a Weho Police Dept to skimp on finances…from coffers that are overflowing or spent on rainbow cross walks, huge city employee pay or lavish city birthday bashes. If we can’t create an independent police force one needs to… Read more »

WeHo should consider options as it relates to police services. Creating a police department from scratch might not be cost effective. One option would be to contract with the city of Beverly Hills for police services.

What a bunch of inane, self-serving comments, and I’m not talking about the City’s comments. It would be amazing if political pandering and positioning were not the ‘go to’ response to nearly every situation. You all act as though forming a police force is the same as ordering takeout, and demean officers who do an amazing job protecting the city. Disgusting.

Thank you Larry! And in regards to one of the union reps, I mean Chris Sanger, point taken. I do think it would be a great thing to have a police department directly accountable to the community they reside in, not supervised by a nebulous county organization, which BTW is the LARGEST county in the nation. Having direct control and access to the police would allow people who live in West Hollywood to clearly discuss with the police issues that matter to us like domestic abuse. excessive violence, hate crimes and harassment. We’d have direct oversight of the recruitment, training… Read more »

The officers who were involved in the shooting need to be suspended or relocated until a thorough investigation is complete. I’m pleased by the above mention of the Maple Counseling Center for the residents of 939 Palm. My employee who was handcuffed as a suspect is in need of some help. I’m touched by the mere mention of my name above and another letter under my store door this am that asking me to do something. This issue is bigger than me. Let’s all stand up against domestic violence and excessive violence to honor the lives of John Winkler and… Read more »

Give the City Council some credit. These guys are busy. It’s not easy keeping all the developers happy after taking their money. WeHo Council campaigns aren’t cheap.
Let’s get the money out of West Hollywood politics and we may have a council that represents all the people of this city and not just those with money.

I’m curious. Could someone who proposes that we create our own police force explain how that would work? Maybe it could be done with new control (autonomous, separate from LASD) and more direct council control/responsibility. But any new control’s first job would be to find a police force – which doubtlessly would be mainly the current ones, assuming WeHo agreed to pick up their seniority and pension deals. Otherwise, where do we find the new cops? And do you really want a police force with no experience in the city? I share the frustration and anger over this event. But… Read more »

A statement that said absolutely nothing. Way to go City Hall. Completely toothless and weak. Guess they need to keep LASD happy to they’ll keep patrolling our Halloween mess and Pride’s drunkfest.

Agreed Cino. It’s time to say goodbye to the LASD. We’ve had enough of their trigger happy “accidents” terrorizing the City. It is a blessing they’ve yet to kill more innocent people due to their carelessness and over-aggression! Hopefully Larry Block/Lucas John etc can provide some leadership to push this change. The current council is likely bankrolled by the county sheriffs union as the County makes a great deal of revenue providing their under-trained thugs to patrol our streets.

That statement was both appropriate and pitch perfect.

Per the LA Times online story, city officials had smelled something wrong over the last couple days and they had been pressuring for an explanation. Their response to the truth was said to have been that they were stunned.

We need our own Police Dept…period!!!!