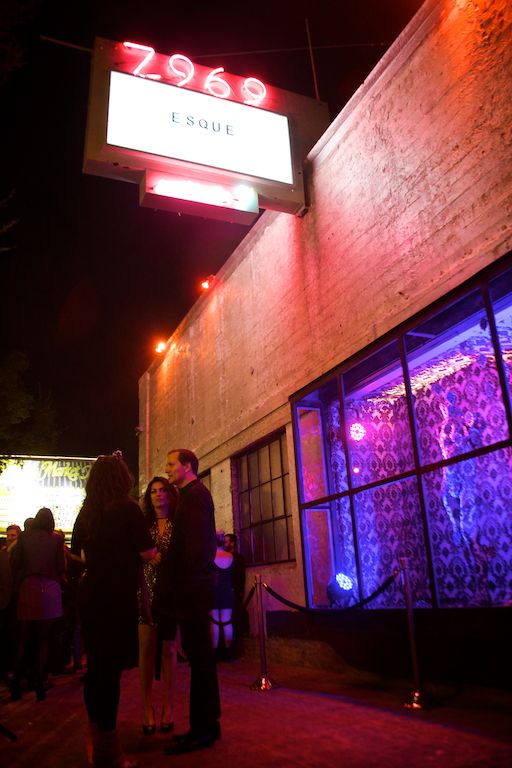 When Michael Jay, Beau Laughlin and Todd Palmerton opened DBA late last year in the place formerly occupied by Voyeur on Santa Monica Boulevard they pitched it as something more than a nightclub. Laughlin said he and his partners wanted DBA to attract people “comfortable in the presence of the unfamiliar, be it art, culture, music and lifestyle, and open to anything, even, dare I say, a little discomfort!”

DBA has done a lot to dispel any doubt that it would follow that eccentric path. After all, it opened in January with performances “curated” by Simon Hammerstein, the creator of The Box in New York City and London. It also offers “Tarantino,” a cabaret series by For the Record focused on the music of that eponymous screenwriter. Now it takes another turn in that road Wednesday night with “The Writers’ Room,” a monthly event hosted by with Reza Aslan. DBA bills TWR as “a refreshing and long overdue take on the typically staid literary event that will now include a live house band, cocktails, and audience interaction.” Think, it says, of The Actors Studio, but for writers. Azlan himself is a catch. An Iranian-American writer and religious scholar, he is an associate professor of creative writing at the University of California, Riverside. His books include the international bestseller “No god but God: The Origins, Evolution, and Future of Islam,” which has been translated into 13 languages, and “Zealot: The Life and Times of Jesus of Nazareth,” which sparked a controversy on Fox. Azlan was criticized by a Fox interviewer for not disclosing in the book that he was a Muslim (which he in fact did). The debate over that sent that book to the top of the New York Times Bestseller List. Aslan has appeared on several television shows including The Daily Show with Jon Stewart, Real Time with Bill Maher, and The Colbert Report. Wednesday’s guest is B.J. Novak, author (“One More Thing: Stories and Other Stories”), screenwriter (The Office) and actor (Inglourious Basterds, Saving Mr. Banks). Over the next few months, additional participants will include Lawrence Wright, Tim Kring, Gideon Raff, Sarah Vowell, TC Boyle and Jon Ronson. Tickets, $20, can be purchased online. Seating is on a first come, first served basis. DBA is at 7969 Santa Monica Blvd., east of Laurel Avenue.