It’s been 525,600 minutes (give or take)  since the Supreme Court last year issued historic decisions on Prop 8 and the Defense 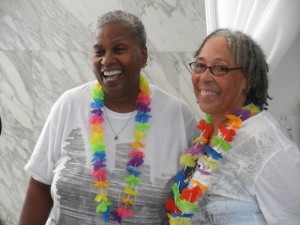 of Marriage Act (DOMA). In the year since marriage equality returned to the Golden State, many same-sex couples have tied the knot, including some who got hitched in the courtyard of the WeHo library, where members of the City Council offered their services as officiants free of charge.

Today, transgender actress and activist Candis Cayne is offering her officiating services to couples who’d like to wed at The Abbey, where the festivities will also include complimentary wedding cake all day.

Last year, in a WeHo tradition as entrenched as Sunday funday brunches, LGBT and allied people from all over the area flocked to WeHo to rally.

The fight for marriage equality has included many a march and rally to celebrate or protest in West Hollywood. Here’s a timeline of some milestones on the path toward marriage equality (reverse chronological order): 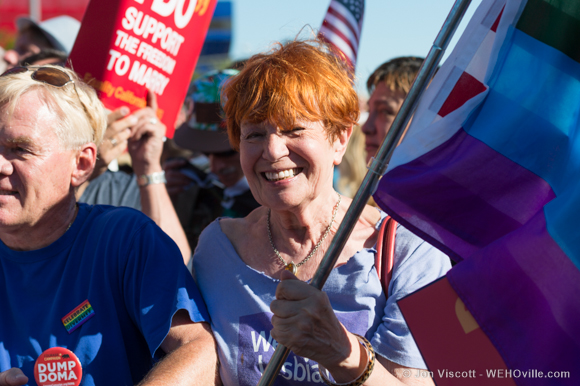